This robot tries to simulate walking using two servomotors attached to opposing sides of the body. It is using friction to thrust itself forward. .

This robot is a precursor to the infamous ATAT, present in the (good) episodes of the Star Wars saga. As opposed to the robot that helped conquer Hoth, our model uses only two legs, on opposing sides, and upon careful calibration, the device can walk. Since our project was struggling with this last step, we decided to add a flag on top of it and call it a marvel of Empire Engineering. 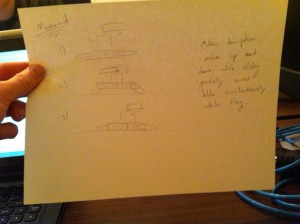 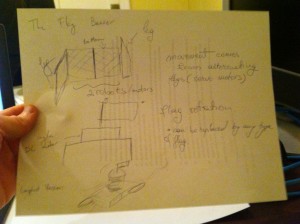 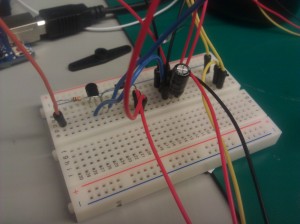 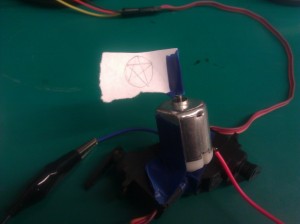 The creature, complete with flag

Creature
Video of Moving Robot Carrying Flag
Moves from point A to point B, ever so slowly…

After acquiring the appropriate materials, wire the DC motor to digital pin 8 as well as two Servo motors to pin 9 (so that they move in conjunction with one another.) Next, tape together the two Servo motors as demonstrated in the video, then orient the DC motor with the pin facing upward and tape it to the two Servo motors (making sure to include your own personalized flag to the top of the DC motor.) Once these all of these components are assembled, upload the attached code and watch your creature strut its stuff!