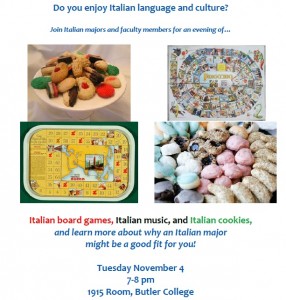 From the Huffingtonpost.com please read here 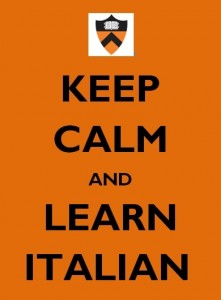 “Astronauts aboard the International Space Station will have authentic Italian espresso to enjoy during their orbits around Earth […]” from The Washington Post. To learn more please read here 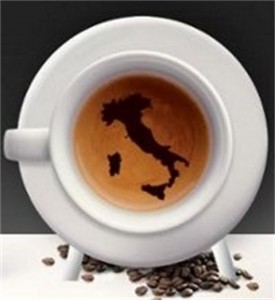 If you think that Italy is an old country and that Leonardo Da Vinci was the last Italian inventor, think again!
Here find a list of Italian inventions that changed the world:

1. Telephone: invented by Manzetti (1844) and Meucci (1871)
2. Moplen Plastic: yes, the one we use every day in many shapes and colours, it was created by Natta in the 60′s
3. Piano: this musical instrument was born in 1698 (in its modern form) and was invented by Bartolomeo Cristofori
4. Battery: Alessandro Volta was the father of this invention (1799). The measurement unit Volt takes his name.
5. Eyeglasses: a great invention for people who can’t see very well, born during the 14th century
6. Bank: a system created in Italy, during the Early Renaissance period
7. Radio: invented by Guglielmo Marconi and the Spanish Cevera in 1895
8. The first commercially available Microchip (4004 project): Federico Faggin created this small but so important component of every electronic device during the 60′s
9. MPEG technology which is the basis for MP-3 was developed by Leonardo Chiariglione in 1988
11. Modern Musical Notation invented by Guido d’Arezzo in 1028 AD
12. Personal Computer (Olivetti Programma 101) by Pier Giorgio Perotto. See HERE.

50 Italy Fun Facts:
1. Italy is often called the Bel Paese, which mean beautiful country.
2. Italy has three active volcanoes: Vesuvius, Etna, and Stromboli.
3. Italy is home to the largest number of UNESCO (United Nations Educational, Scientific and Cultural Organization) World Heritage Sites – more than 40.
4. Italy has 20 regions and 6 islands.
5. Italy speaks a national language, which was based on the Tuscan dialect.
6. The Vatican is a separate sovereign nation, its own country.
7. Italy is slightly larger than Arizona.
8. The thermometer is an Italian invention.
9. The piano hails from Italy.
10. With almost 40 million visitors, Italy is the fourth most visited country in the world.
11. The average Italian consumes 26 gallons of wine a year.
12. The typewriter is an Italian invention.
13. Italy became a united country only in 1861.
14. The Italian Wolf is considered the national animal of Italy.
15. Italy has over 3,000 museums.
16. The national sport of Italy is soccer (known as football outside of America).
17. Italy’s national dish is pasta.
18. Napoleon spent his first exile on the Italian island of Elba.
19. The Vespa scooter was invented in Italy in 1946.
20. Italy has the most hotel rooms of any European nation.
21. Everyday 3,000€ gets tossed into the Trevi Fountain.
22. Italy’s national flower is the Lily.
23. Sixty percent of the world’s art treasures are in Italy.
24. Opera was created in Italy.
25. Bubonic Plague killed one-third of the Italian population in the 14th century.
26. Italy has won the Soccer World Cup four times.
27. The average consumption of pasta in Italy is 25 kg per person per year.
28. The violin and the cello were both invented in Italy.
29. Pizza originated in Naples during the 18th century.
30. Italy holds the Guiness record for having the most elevators.
31. The national bird of Italy is Bluebird.
32. Italy is famous for its sports cars like Ferrari, Alfa Romeo, Maserati and Lamborghini.
33. The oldest university in the world in continuous operation is the University of Bologna, founded in 1088.
34. Italians invented optical eye glasses.
35. Italy has been making wines for over 2800 years.
36. The oldest film festival in the world, beginning in 1932, is the Venice Film Festival.
37. Italy has more famous fashion designers than any other country.
38. Many of Shakespeare’s plays were set in Italy, including Romeo and Juliet from Verona.
39. Carabinieri uniforms are designed by Valentino.
40. The highest mountain in Italy is Monte Bianco (Mont Blanc), in the alps at 15,770 feet.
41. The longest river in Italy is the Po.
42. Italy is the largest wine-producing country in the world.
43. Italy has hosted the Olympic Games three times.
44. The patron saint of Italy is Saint Francis of Assisi.
45. The national Italian airline is called Alitalia.
46. The largest white truffle in a half century weighing over 3 pounds,was unearthed near Pisa, Italy.
47. Italy is home to some of the world’s greatest composers, like Vivaldi, Rossini, Verdi and Puccini.
48. The espresso machine was invented in Italy.
49. Venice has over 400 footbridges.
50. The oldest olive tree in Italy, in Umbria is reportedly over 1700 yrs old.
From: http://mymelange.net/mymelange/2010/06/50-italy-fun-facts.html
Do you have any to add to this list?
Are you still wondering why you should learn italian?

Here for you some Italian hand gestures to learn during your summer.
The US Consulate in Milan presents: “Italian Hand Gestures Rap”

On Thursday evening at the Princeton Art Museum we attended a  GREAT performance by our students.
A special thanks to Professor Florent Masse who made this happen.
Here find some excerpts
ATTO I
Scena prima:

The Department of French and Italian and L’Avant-Scène present:
Gl’innamorati by Carlo Goldoni 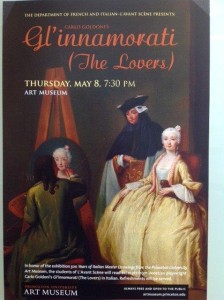 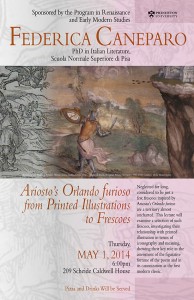 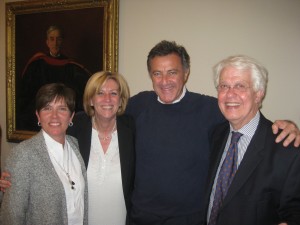 500 Years of Italian Master Drawings from the Princeton University Art Museum focuses on the renowned collection of more than 1,000 Italian drawings at the Princeton University Art Museum, which includes significant works by artists Luca Cambiaso, Guercino, and Giambattista Tiepolo, as well as masterpieces by Carpaccio, Michelangelo, and Modigliani Click here for more information 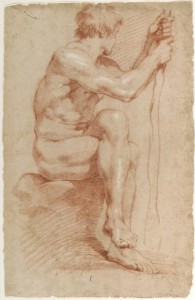 And here a review by the NYTimes

“The Pirelli Post is a project which is part of the five-year partnership agreement, signed by Pirelli and Princeton last October, aiming to contribute to the spread of the study of Italian history and culture via new media and new technologies […]”
To learn more, please click here

“The great beauty” by Paolo Sorrentino

“This is how it always ends. With death. But first there was life. Hidden beneath the blah, blah, blah. It is all settled beneath the chatter and the noise. Silence and sentiment. Emotion and fear. The haggard, inconstant flashes of beauty. And then the wretched squalor and miserable humanity. All buried under the cover of the embarrassment of being in the world. Blah, blah, blah. Beyond there is what lies beyond. I don’t deal with what lies beyond.”

“Visually stunning Italian drama “The Great Beauty” won the Oscar for best foreign language film on Sunday, capping its successful awards season run in the United States and Europe”, from Reuter
“The Glory of Rome, the Sweetness of Life”, from the NYTimes. 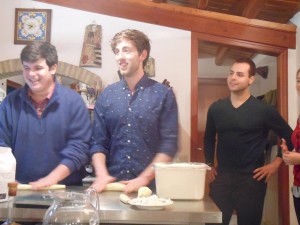 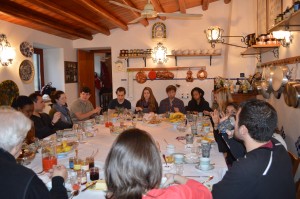 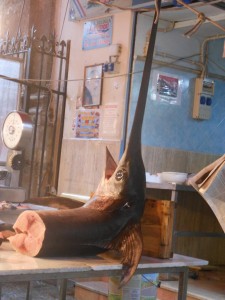 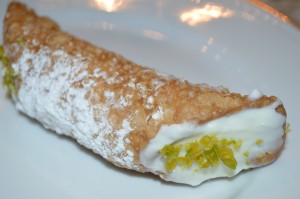 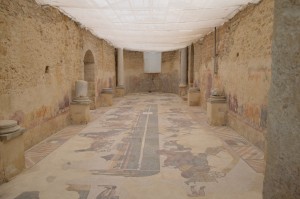 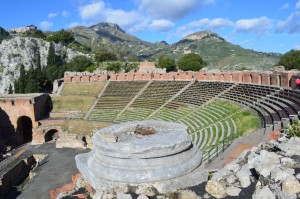 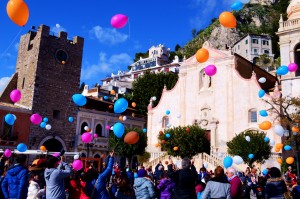 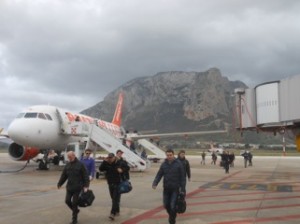 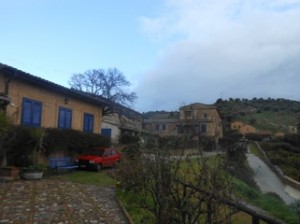 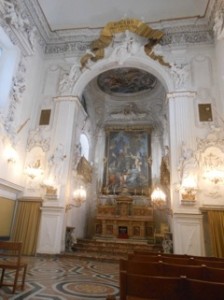 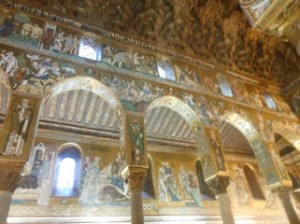 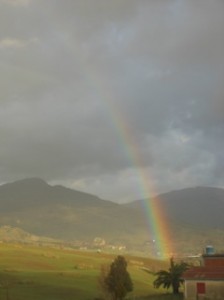 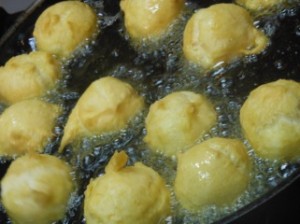 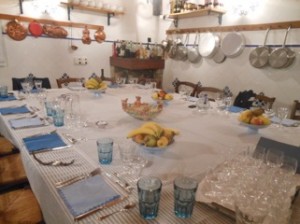 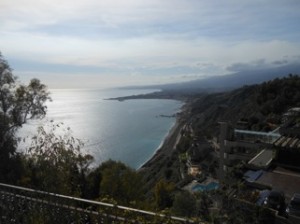 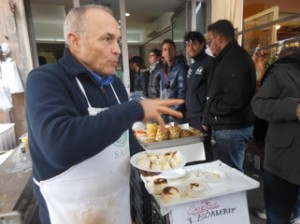 Project aims to find particles of dark matter
In a laboratory under a mountain 80 miles east of Rome this fall, a Princeton-led international team switched on a new experiment aimed at finding a mysterious substance that makes up a quarter of the universe but has never been seen. From the Princeton University website
Please click here for more information on the Gran Sasso-Princeton Physics Summer School. 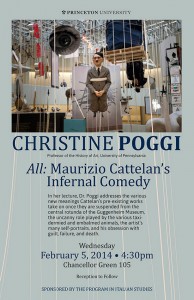 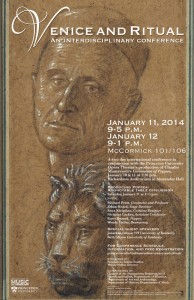 “The old good witch who brings candies and coal to the Italian children. Its origin and multifarious celebrations”. (from www.i-Italy.org)

In English:
«The Befana comes by night
With her shoes all tattered and torn
She comes dressed in the Roman way
Long life to the Befana!» 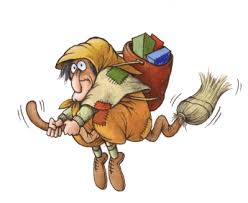