Drawing from more than 1,600 photographs taken in rural China between 1913 and 1917, the Seeley G. Mudd Manuscript Library at Princeton University is hosting an exhibition based on the collection of the American diplomat John Van Antwerp MacMurray (1881-1960). 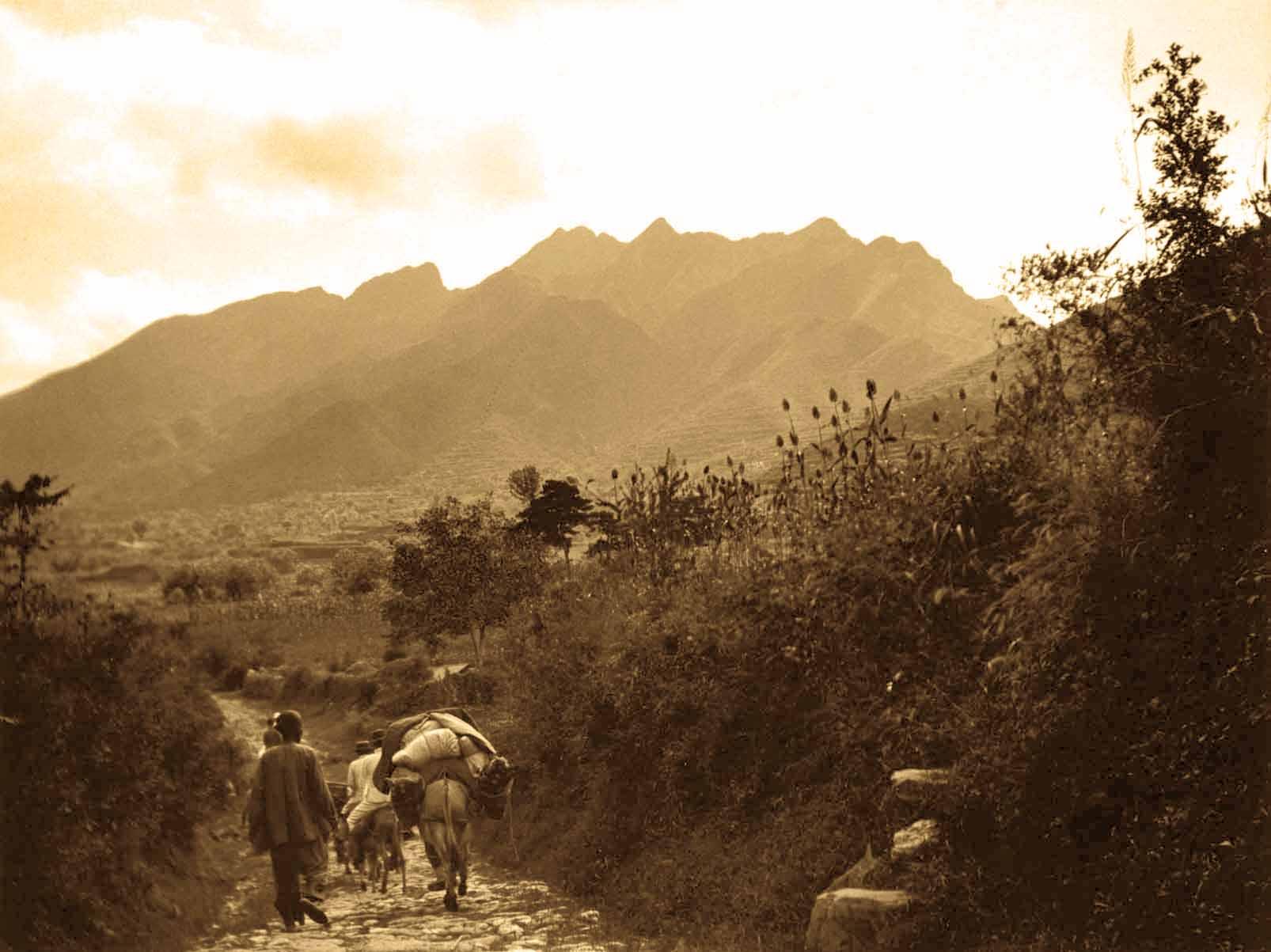 “Capturing China, 1913-1929: Photographs, Films and Letters of Diplomat John Van Antwerp MacMurray” will be on view from Friday, Oct. 5, through Friday, Jan. 18, 2008. In addition to photos, the exhibit features sixteen-millimeter films shot by MacMurray in 1928. University of Pennsylvania historian Arthur Waldron, who has studied MacMurray’s work, delivered a well-received lecture at the exhibition’s opening on Saturday, Oct. 20.

MacMurray, a 1902 Princeton graduate, was secretary to the American Legation in Peking from 1913 to 1917 and served as U.S. ambassador from 1925 to 1929. In between, he served as counselor of the embassy in Japan from 1917 to 1919 and chief of the Division of Far Eastern Affairs in the State Department from 1919 to 1924. He also was a member of the American Commission to the International Conference on Limitation of Armaments in Washington, D.C., serving as principal adviser on Pacific and Far Eastern affairs from 1921 to 1922. MacMurray was a strong believer in international law, and in 1922 the Carnegie Endowment for International Peace published his compilation of all treaties and agreements concerning China made between 1894 and 1919. His recommendations to enforce existing treaties rather than make concessions to the Chinese Nationalists, however, alienated him from his superiors and ultimately led to his resignation in 1929.

The revolutionary turmoil of the young Chinese republic sharply contrasts with MacMurray’s photographs of timeless landscapes, sites and rural scenes taken between 1913 and 1917, as well as the films of 1928. Letters, diaries and other documents from MacMurray’s papers provide a context for the photographs and films on display. Topics include Yuan Shikai, president of China from 1913 to 1915 and later self-declared emperor from 1915 to 1916, whose American adviser, Frank Goodnow, taught MacMurrary when he studied international law at Columbia University. When Goodnow visited Yuan in 1915, he brought his family, and this ultimately resulted in MacMurray marrying Goodnow’s daughter Lois the next year.

In addition, the exhibit documents issues MacMurray addressed during his second stay in Peking while serving as ambassador. Topics include contacts with warlords, the outbreak of the 1927 civil war and the disagreements with his superiors at the State Department. During this time he frequently consulted with the ministers of Great Britain, France, the Netherlands, Italy and Japan, who, like MacMurray, had served in Peking a decade before, and who were known, according to the memoirs of the Italian minister Daniele Vare as “Ye Olde Firme.” The exhibition concludes with a notable memorandum that MacMurray wrote in 1935 concerning the situation in the Far East. Suppressed at the time, but later applauded for its analysis and insight, it was published in 1992 with an introduction by Arthur Waldron, whose will deliver his Oct. 20 lecture on “John Van Antwerp MacMurray and Chinese-American Relations, 1914-1935.”

Also included in the exhibit are photographs and correspondence documenting MacMurray’s relationship with I.V. Gillis (1875-1948), the Naval attaché in Peking when MacMurray met him in 1913, who soon started to collect the Chinese books and manuscripts that would be the genesis of Princeton University’s Gest Oriental Library.

Visitors also can view the films that MacMurray shot in 1928, which include a trip along the Yang Tze river in January and February, as well as various street scenes in Peking and Kalgan. The Kalgan footage contains the departure of Roy Chapman Andrews’ expedition into Mongolia in April 1928, which included a crew of 37 people, eight jeeps and 150 camels, escorted by Chinese cavalry. MacMurray, who had arranged passage with local warlord Chang Tso-lin, accompanied the expedition on their way out of Kalgan.

After his resignation, MacMurray became director of the Walter Hines Page School of International Relations at Johns Hopkins University, but in 1933 he re-entered the foreign service as minister to Estonia, Latvia and Lithuania, followed by the ambassadorship to Turkey from 1936 to 1942. After two subsequent years at the State Department, MacMurray retired in 1944.

The John Van Antwerp MacMurray papers at the Seeley G. Mudd Library document his career in the foreign service and the State Department as well as his personal life and views, as expressed in letters to family and friends. The collection, which includes the papers of his father Junius Wilson MacMurray (1844-1898), was given to Princeton in 1965 by his children. This spring, his surviving children, Lois Starkey and Frank G. MacMurray (a member of the class of 1940), donated the photographs and films on which much of this exhibition is based. A finding aid to the 1965 donation can be found among the public policy papers at the Seeley G. Mudd Library at