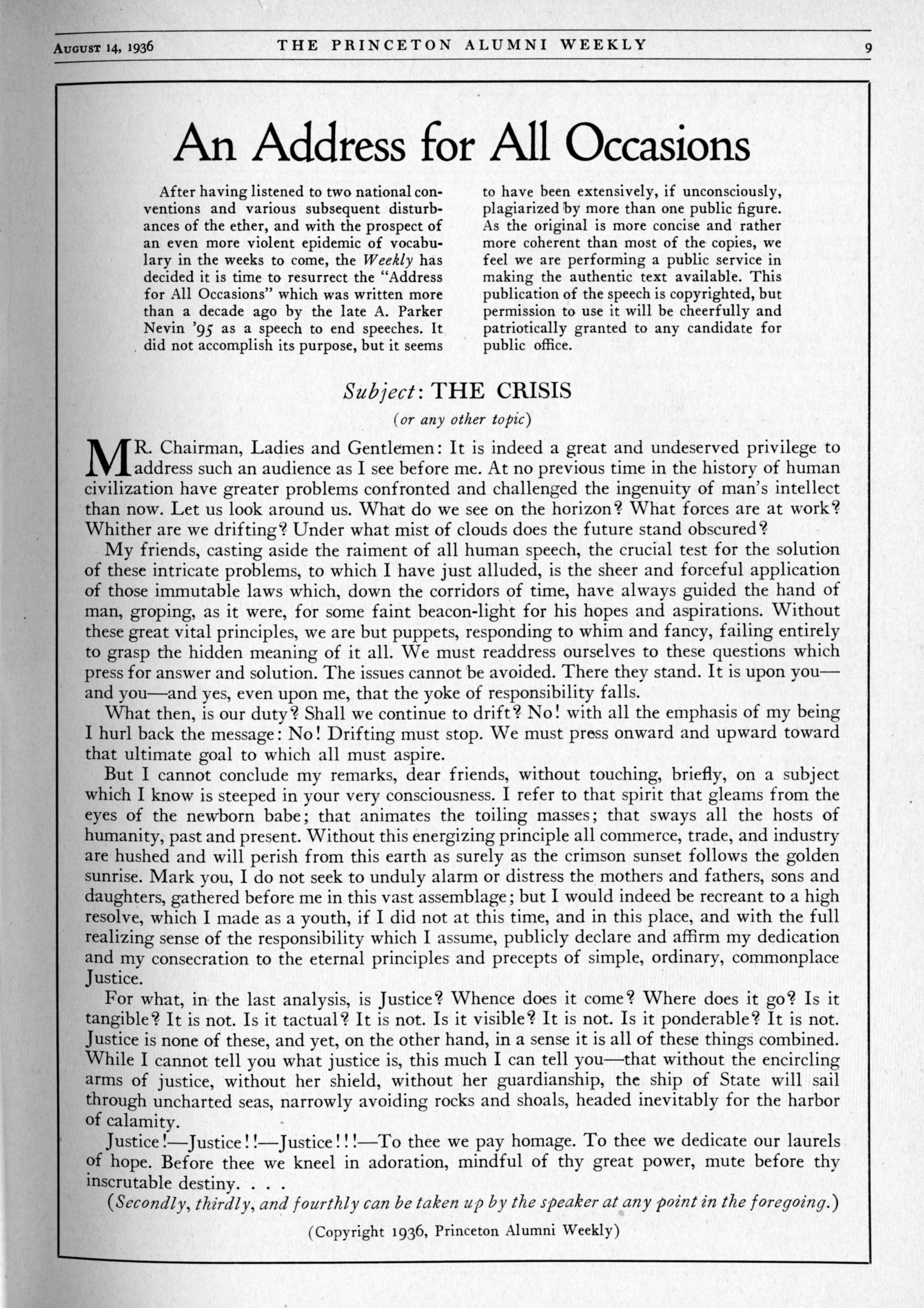 This question came from two different inquirers, one being the Library of Congress. On National Public Radio’s Weekend Edition (Saturday, January 26, 2008), Scott Simon read something he called “A Timeless Political Speech.” You can listen to it at the Weekend Edition Saturday page of NPR’s web site. Simon said it was written by Andrew Parker Nevin, Princeton Class of 1895, and that it was printed in the Oct. 28, 1905 issue of the Princeton Alumni Weekly.

However, the citation given with the story was wrong. In A. Parker Nevin’s alumni file I was able to find a copy of “An Address for All Occasions” which was published in the PAW of 14 August 1936 on page 9. The editorial comment on the top of the page describes this printing as “resurrecting” the speech, so I assume it was printed in some earlier PAW or Princeton-based publication, but I was unable to find any other evidence of the first publication. Another note in Nevin’s alumni file said that it was published some time after his death in 1926. An online search suggests to me that it may have also been published in Harper’s in December 1951 as well. (Read the full text by clicking on the image here to open the image in a new window.) I listened to part of the NPR story while reading along with the speech in the 1936 PAW. It is not exactly word-for-word, but is definitely the same speech.

1 thought on “Do you have a copy of “An Address for All Occasions?””