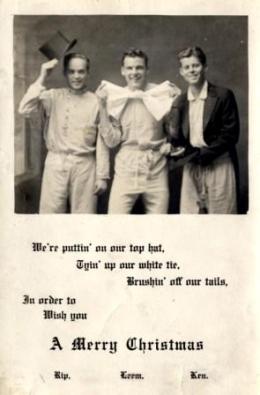 Curated by University Archivist Dan Linke and summer intern Nicole Milano, this commemorative exhibition highlights the objects, photographs, and documents created during Kennedy’s time as a Princeton student and throughout his political career, all of which are housed in the two major collections of the Mudd Library. Kennedy’s archival presence in the Princeton University Archives is represented through his scholastic records, freshmen year activities, and medical notes. The exhibition also documents his presidential campaign and presidency, including rarely-seen documents about the Bay of Pigs invasion and transcriptions of the Executive Committee of the National Security Council (ExComm) meetings held during the Cuban Missile Crisis. His later political career is detailed through collections of his contemporaries housed in the Public Policy Papers, including the papers of former Democratic presidential candidates Adlai Stevenson and Senator George McGovern.

This exhibition also chronicles the mixed feelings of Kennedy’s classmates toward his political career, including several of whom declared in their 25th reunion yearbook that their 1960 presidential vote had been for "Anyone but Kennedy," while a brief paragraph paying tribute to him and his connection to the class was also included in the book. A few years later, other members of his class erected a memorial in his honor in the Class of 1939 Hall dormitory.
"While Kennedy’s time at Princeton was abbreviated, he himself noted that he would always have a ‘very tender spot in his heart for Old Nassau.’ With this exhibition, all can see that Princeton was endeared by his presence," said Linke. "In addition, we also highlight that during his presidency, he was served by many notable Princetonians." 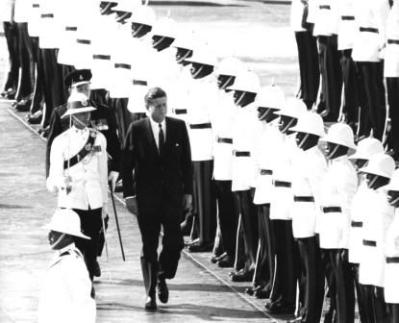 Kennedy’s Princeton classmates have not been forgotten, and a small, related exhibition case in the lobby of the Mudd Manuscript Library documents the Class of 1939’s undergraduate and alumni activities through photographs and memorabilia.
John F. Kennedy: From Old Nassau to the New Frontier is open to the public free of charge Monday through Friday from 8:30 to 4:30 until Labor Day, and then from 8:45 to 4:45 Monday through Friday during the academic year. A Saturday open house will be held on October 23 from 9:00 am to noon. If you have questions or would like to learn more about the exhibition please call us at (609) 258-6345, e-mail us at mudd@princeton.edu, check us out on Facebook, view the official press release for the exhibition (JFK Press Release.pdf), or leave a comment on this page.
— Nicole J. Milano