With most students away and the heat beating down on McCosh Walk, summer at Princeton has an undeniably different character than that of the academic year.
Unlike Ivy League counterparts such as Columbia and Harvard, Princeton does not hold summer classes. Instead, the campus is populated by a variety of summer camps, conferences, and other special programs. The small cadre of students who remain on campus are often at work on dissertations and theses or employed in summer jobs on behalf of various university departments. Meanwhile, faculty who remain may be preparing material for publication or undertaking research.
But this was not always the case. From 1923 to at least the 1940s, Princeton hosted its own summer courses, and students have returned to campus in droves during times of national emergency as well, such as during World War I, when Princeton hosted military training camps, or World War II, when the summer session was greatly expanded so students could complete more courses before going off to serve in the war. 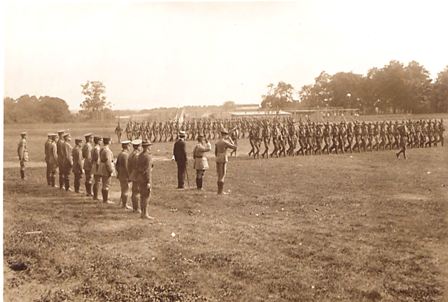 World War I Summer Training Camp — Review (1917). Historical Photograph Collection: Campus Life Series, Box MP207
As with the military camps, some summer events are unique – as with the summer of 1783, when the Continental Congress met in Nassau Hall — but some, like campus construction, are evergreen. As with now, athletic teams have often returned to campus late in the summer to begin practice, and summer institutes and other special programs have had a role on campus, like the NDEA Institute for Advanced Studies in History. Students, faculty, and staff have and continue to work on academics off the campus grounds, participating in various geologic and paleontologic expeditions. Campus organizations even created summer affiliates, such as when members of Theatre Intime formed the Princeton Summer Theatre in 1968. 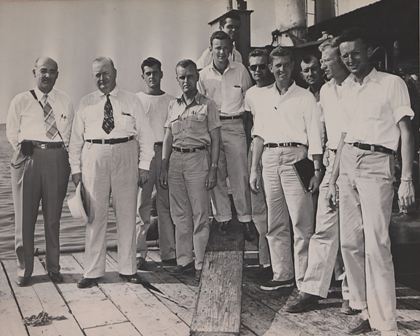 Camps have been part of the Princeton summer experience since at least 1908, when university students under the direction of Professor L.H. Miller ‘1897 founded the Princeton Summer Camp at Beach Haven. A year later, the Philadelphian Society assumed responsibility for managing this camp for urban youths, which relocated first to Bayhead, then its current location of Blairstown, where it has evolved to today’s Princeton Blairstown Educational Center, now under University auspices. On campus, Princeton hosted the Princeton Cooperative School Program, an Upward Bound program for disadvantaged youths, from 1964-1976. 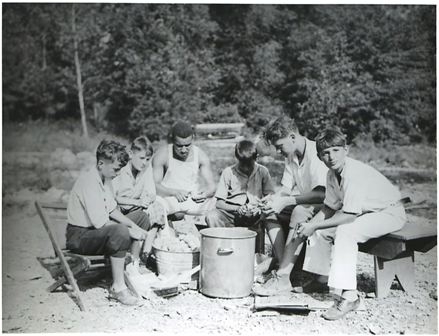 Princeton in the summer is certainly different than it is during the academic year, but that difference is vital for its academic life and mission. The students are given an opportunity to learn and grow in different ways. As one student commentator wrote:

"The realization of freedom from all College discipline, from recitations and lectures, is indeed pleasant. But how can we spend our vacation, while refraining from any severe course of study, yet not absolutely wasting our time? The question comes home to each one of us. We err just as much in pursuing a laborious course of study as in passing the Summer in idleness, else vacation would not be vacation… This aids our faculties of reasoning, of perception and of memory. A Summer well spent will repay us, and we will return with a consciousness of not having wasted three months."