In the fall of 1748, Princeton University–then known as the College of New Jersey– held its first commencement. During this ceremony, six undergraduate students were graduated with Bachelor of Arts degrees and the administration conferred the honoris causa (honorary degree) upon Jonathan Belcher, the Governor of New Jersey. Thereafter, Princeton awarded honorary degrees to individuals who had made significant contributions in various sectors of society including religion, academics, arts and culture, politics, science, military, and finance, among other fields. However, it would not be until 1951 that Princeton would confer this honor upon an African American. Since then, more than forty African Americans have been honored in this way. This post focuses on some African American activists and public servants who have received an honorary degree from Princeton University.

Diplomat and scholar-activist Ralph Johnson Bunche was the first African American awarded an honorary degree from Princeton in 1951, receiving a Doctor of Laws degree.

Citation read at Princeton’s 204th Commencement:
"A political scientist on the faculty of Howard University on leave since 1941 for government service. Stafford Little Lecturer at Princeton in 1950. Professor-designate at Harvard. An expert analyst of colonial areas and territorial affairs for the State Department and advisor to the United States Delegation at the several Conferences that initiated the United Nations. Now on loan from the State Department to be Director of the Department of Trusteeship in the United Nations. Winner of the Nobel Peace Prize for 1950 as United Nations mediator in Palestine. Where human affairs need a knowing appraisal and statesmanlike leadership, people draft him because he can be believed. His singleness of purpose brings people to the point of reconciliation, and his sincerity and simplicity inspire in them confident hope. A world citizen ‘ever willing to accept as great a share of hazard as of honor.’ "

Judge and civil rights litigator Thurgood Marshall received the honorary degree of Doctor of Laws in 1963. 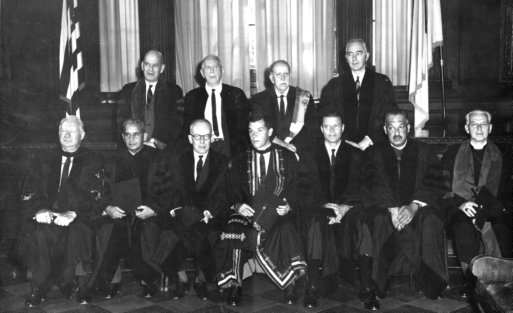 Leader of the National Urban League and civil rights activist Whitney Moore Young, Jr., received the honorary degree of Doctor of Laws in 1967. 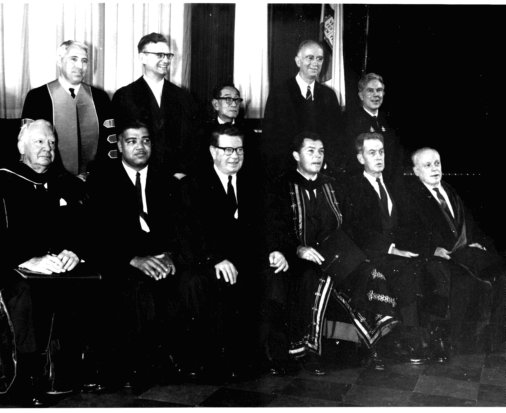 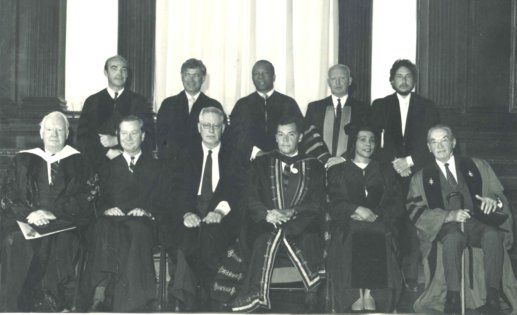 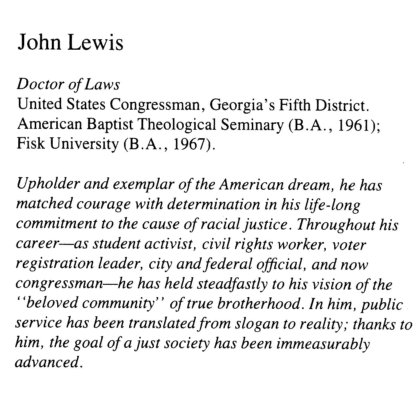 Judge and civil rights litigator Constance Baker-Motley received the honorary degree of Doctor of Laws in 1989. 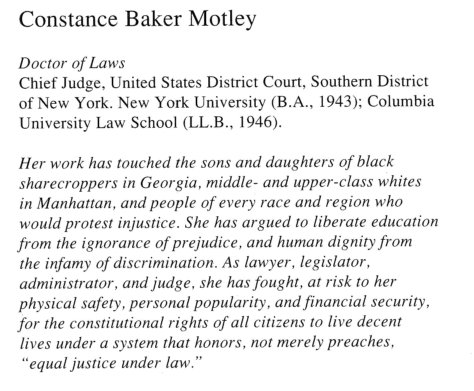 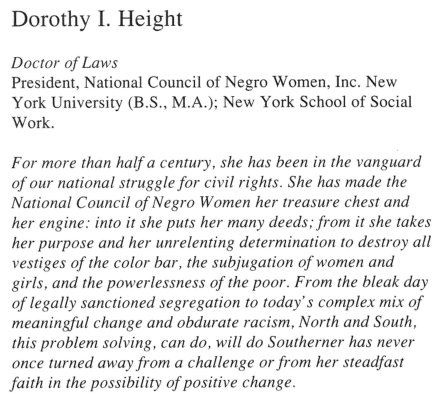