by: Q Miceli
A group of sixteen enthusiastic volunteers, including Princeton undergraduates, Princeton community members, Wikipedians from the Wikimedia-New York City, and Mudd Library staff, gathered in the Wiess Lounge on Saturday, 18 February 2012, to write and update Princetoniana Wikipedia articles. 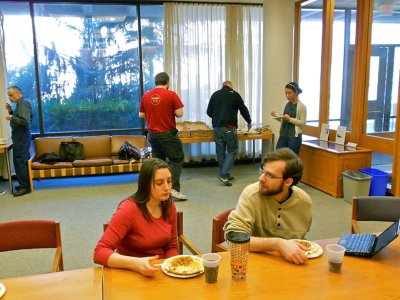 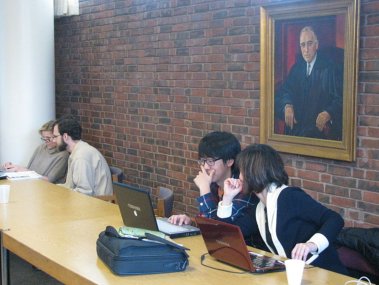 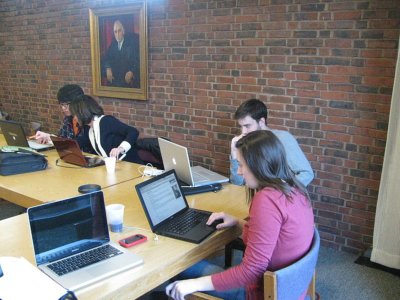 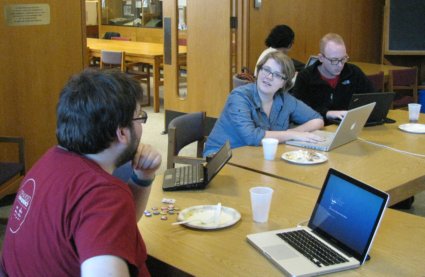 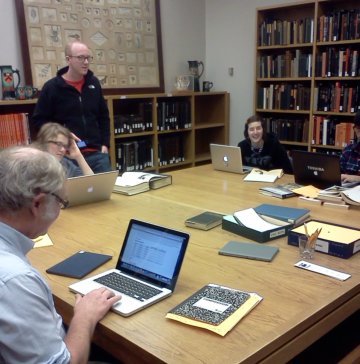