In this week’s installment of our ongoing series bringing you the history of Princeton University and its faculty, students, and alumni, the campus suspends mail delivery due to fears of contamination, Coretta Scott King speaks to an audience of more than 500, and more.

October 26, 1963—An undetermined number of Princeton undergraduates join an estimated 4,000 participants in a civil rights “March on Trenton for Jobs and Freedom.” It is the first statewide civil rights demonstration in the United States, having been modeled on the March on Washington the previous August 28.

October 29, 1951—Princeton junior James G. Hiering ’53’s hiccups cause his roommate to call the infirmary in desperation in the middle of the night. The infirmary sends two uniformed campus proctors to escort Hiering to them for treatment. Hiering, not knowing anything about his roommate’s call, is so surprised to see the officers that his hiccups are instantly cured.

October 31, 2001—The New York Times reports that Princeton University has suspended campus mail delivery in the wake of the discovery that a nearby mailbox in Palmer Square has tested positive for anthrax spores. With the campus pharmacy running low on Cipro, the antibiotic used to treat anthrax, the nationwide concerns about contaminated mail are verging on panic on campus. The anthrax attacks in the fall of 2001 (“Amerithrax”) will ultimately kill five people and infect 17 others in a wide geographic area.

Editorial cartoon depicting “love in the age of anthrax” from the October 24, 2001 issue of the Daily Princetonian.

END_OF_DOCUMENT_TOKEN_TO_BE_REPLACED

Like Loading...
Last year, as the nation celebrated the observance of Dr. Martin Luther King, Jr.’s birthday, we posted an entry entitled “Martin Luther King Jr.’s visits to Princeton,” which highlighted the various collections at the Seeley G. Mudd Manuscript Library containing archival materials related to Dr. King and his 1960 and 1962 visits to Princeton. To be sure, the “apostle of non-violence”—an eponym ascribed to MLK—was not the only King to spend time at Princeton. 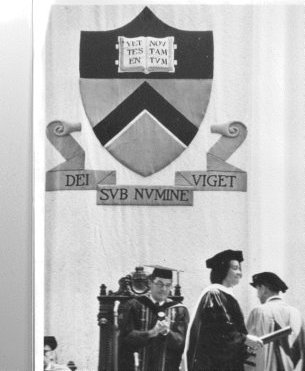 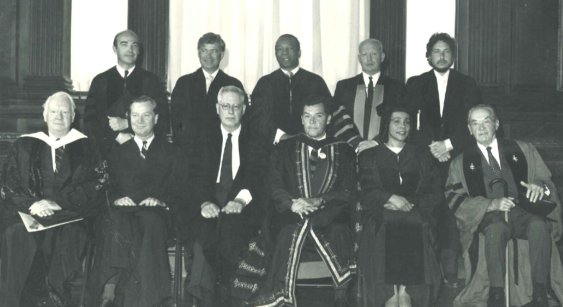