The 50th anniversary of John F. Kennedy’s death on Friday, November 22, has brought renewed attention to the Warren Commission and its conclusions on the assassination.  Then-retired CIA Director Allen Dulles served on the commission and the Mudd Manuscript

Library recently digitized five boxes of Dulles’ personal files documenting his work on the commission as part of our NHPRC funded large-scale digitization project.  Images and downloadable PDFs of every folder related to Dulles’ Warren Commission work are available by clicking on any of the folder titles from the Warren Commission section of our finding aid for the Allen Dulles Papers.

The administrative material documents the official activities of the Commission. Included are minutes, agendas, financial information and memoranda, which demonstrate how the Commission was organized and its guidelines for procedures. Also included are intra-Commission memoranda as well as memoranda with other governmental organizations, including the F.B.I. and Secret Service. The findings of these two agencies, plus the Dallas police, were submitted to the Commission, and much of this material documents the life of Lee Harvey Oswald.

Over 64 boxes, and 96,900 pages of documents, from the Dulles Papers were digitized as part the NHPRC project.  In addition to the Warren Commission files, Dulles’ correspondence is now available online.  The correspondence includes letters to and from Kennedy and his brothers Robert and Edward as well as material related to Kennedy created after the assassination.

George Kennan, like so many others, remembered exactly where he was and what he did upon hearing the news of John F. Kennedy’s death:

“I had been at a luncheon when I heard he had been shot, but on returning to the office shortly afterward I received confirmation of his death.  My reaction, in addition to the obvious shock, was one of the most dismal foreboding for the future of this country.  The first person I went to, to talk about it, was Robert Oppenheimer, and we both had the impression that this event marked in many ways a deterioration of the entire situation in this country.”

Kennan, most noted for his influence on U.S. policy towards the Soviet Union during the Cold War and advocacy of a policy of containment, served as Kennedy’s ambassador to Yugoslavia from 1961 to July 1963.  Kennan’s correspondence with Kennedy dates from 1959 and includes an 8 page letter of foreign policy advice written to during the 1960 presidential campaign.

On October 22, 1963, exactly one month before Kennedy’s death, Kennan sent a handwritten note of encouragement to Kennedy, writing “I don’t think we have seen a better standard of statesmanship in White House in the present century.” Kennan also wrote that he hoped Kennedy would be discouraged “neither by the appalling pressures of your office nor by the obtuseness and obstruction you encounter in another branch of government,” and expressed gratitude to Kennedy “for the courage and patience and perception for which you carry on.”

Kennedy responded a few days later, on October 28th saying he would keep the letter nearby “for reference and reinforcement on hard days.”  Kennedy died in Dallas only 26 days later.

The Kennedy-Kennan correspondence consists of 79 pages, a small percentage of the  72,545 pages of Kennan’s papers digitized as part of our NHPRC-funded digitization grant.  All of the digitized documents, including Kennan’s permanent correspondence files and unpublished writings can be accessed by clicking on the folder titles listed in the finding aid.

In our ongoing efforts to provide digital access to our records, we are happy to announce two additional collections have been digitized with the help of our students.

The Robert Lansing Papers and the John Foster Dulles State Department Records are viewable via their finding aids.

The two collections took a little over six months to complete.

For this project, we asked students who worked at the library’s front desk to scan documents by using a top feed and flat bed scanner when not assisting patrons. Once scanned, students would combine files together using Adobe Acrobat Pro.

While we continually work in house to make more of our collections available online, recently we also have been awarded a grant to have six other collections digitized. Read more about those collections and the project here:

Our first video chronicles the May 20, 1963 move of Corwin Hall to its current location across from Wallace Hall and Robertson Hall. After nearly two months of planning, Corwin Hall (then known as Wilson Hall), was pushed along steel tracks for 12 hours from its location on Washington Road in order to make room for the new Robertson Hall. Shot on 8 mm film, this video shows a time lapse of the move. For more details about this move, please see this entry in the Princeton Companion.

END_OF_DOCUMENT_TOKEN_TO_BE_REPLACED 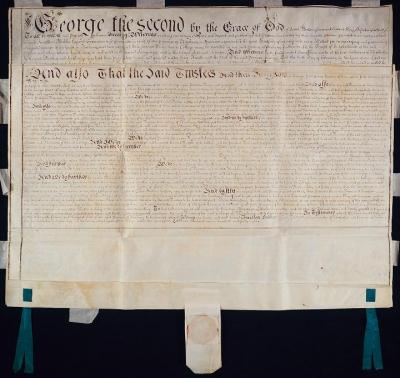 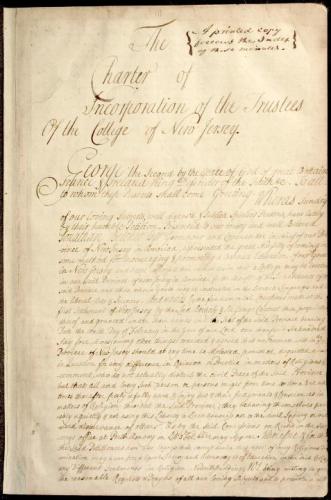 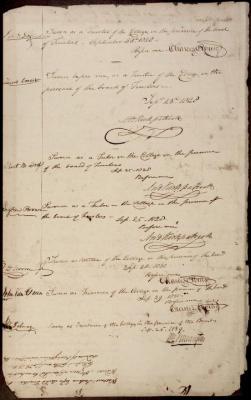 Off-the-record remarks by heads of state and prominent diplomats can be heard in sound recordings of meetings held by the Council on Foreign Relations (CFR) that are now available to researchers online through the Seeley G. Mudd Manuscript Library. The digital audio from the meetings can be accessed via an electronic finding aid on the library’s website.

The meetings span 1953 to 1989 and open records are available immediately. (Records of CFR are closed for 25 years from the date of creation and audio files that currently are restricted will be opened on a yearly basis).