The following materials were accessioned April through June this year. As always, anyone interested in additional information about the new materials should contact the library through our general email account mudd@princeton.edu.

One item– a letter written in 1870 from John Laird ‘1871 to the members of the American Whig Society– reveals the intense secrecy that enshrouded the two societies prior to their merger. Laird, a member of the Cliosophic Society, wrote to apologize to the Whigs for mistakenly entering Whig Hall rather than Clio Hall on a rainy November day.

He assures the Whigs that

The full letter is pictured below. 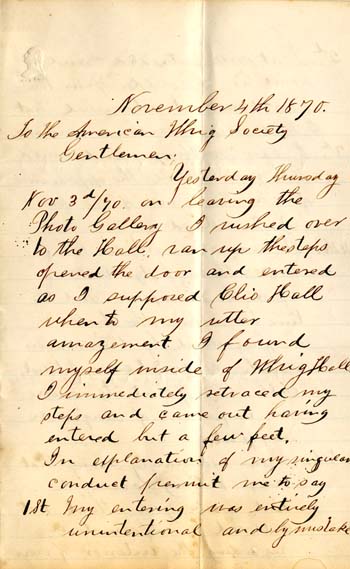 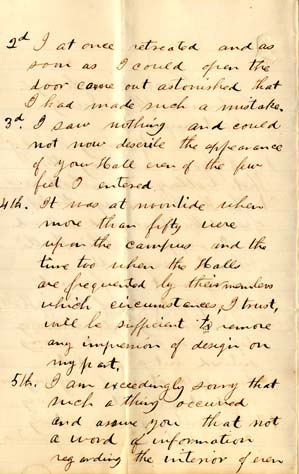 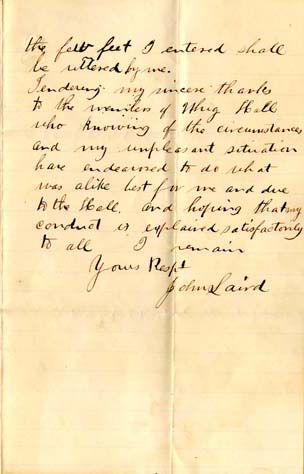 The following is a listing of all of the materials accessioned from April to June 2009.