Posted on April 24, 2013 by Rare Books and Special Collections 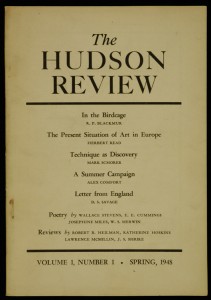 The Hudson Review is profiled in The Wall Street Journal this week: “The Quarterly Wins the Race” by Pia Catton.