Posted on March 10, 2015 by Rare Books and Special Collections 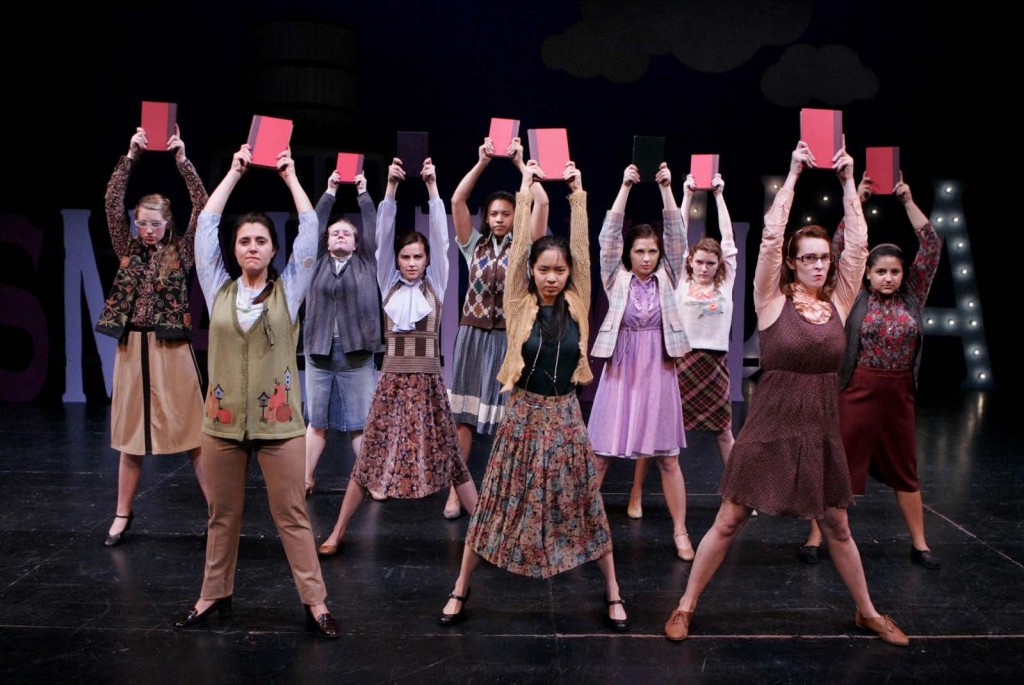 The following finding aids for newly cataloged collections were added since the beginning of the year:

Form was an international magazine focused on concrete poetry and kinetic art. Three Cambridge-educated academics, Philip Steadman, Mike Weaver, and Stephen Bann, edited the magazine and produced ten issues from 1966 to 1969. The collection includes extensive correspondence between editors, subscribers, and contributors, along with editorial, financial, and administrative files spanning the entire existence of the magazine.

Consists primarily of incoming correspondence to Antonio Pace (1914-2004), a professor of Romance Languages at Syracuse University and the University of Washington, from Princeton faculty, particularly those in the fields of language and cultural studies, as well as from former Princeton classmates (*43). Other notable scholars are also represented. Some correspondents include: Gilbert Chinard (1881-1972), Claude Lévi-Strauss (1908-2009), Julian P. Boyd (1903-1980), Kenneth McKenzie (1870-1949), Theodore Fred Kuper (1886-1981), and Giuliano Bonfante (1904-2005).

Collection consists of three horoscopes, circa 1678, in German and some Latin, all prepared for Baron Alexander von Enke (1650-1687), who served in the army of the Electorate of Saxony and fought against the Ottoman Turks during the Great Turkish War (1683-1699). Astronomer, astrologer, and almanac-compiler Johann Henrich Voigt (1613-1691) prepared two of the volumes. The author of the third is unknown.

Charles Ruas is an American author, interviewer, editor, literary and art critic, and French translator, who served as the Director of the Drama and Literature Department for New York’s Pacifica radio station WBAI-FM in the late 1970s and interviewed writers for radio broadcast and print, including Toni Morrison, Michel Foucault, Carlos Fuentes, Eudora Welty, Susan Sontag, Truman Capote, Buckminster Fuller, Andy Warhol, Mario Vargas Llosa, and others. The papers include transcripts and audiocassette tapes of Ruas’s interviews with authors and artists, as well as typescripts and galleys of work by writers Ruas edited, including Marguerite Young, and some related photographs, notes, and correspondence.

Makoto Yasuda is the former chairman of Private Investment Company for Asia (PICA), an association of 243 North American, European, Japanese, Australian, and Canadian companies and banks. Based in Singapore, PICA funded new and existing private businesses throughout Asia, specifically in countries with tiger economies. The collection is comprised of PICA’s annual and quarterly reports, investment proposals and reports on investment projects, and Board of Directors and Executive Committee meeting minutes and correspondence.

Possibly kept by a certain Millié, who was a professor at the Collège de Béziers, a Jesuit college in southern France, and/or by a student named Malbosius or Malbois at the same college. Contents include:  pp. 1-80: Artis rhetoricae epitome (The 2 pages after p. 49 are marked “translata obmissa” and Millié’ in a later hand) dated 1636 at the end and signed “Malbosius trans[or 17 ans?],” followed by an unpaginated leaf signed “Malbois” with a paraph and several ownership notes; pp. 1-20: Methodus sive ratio studendi. Contains a syllabus and reading list on the teaching of subjects in an academic course of philosophy, including rhetoric, logic, metaphysics, physics, mathematics, and medicine. (Signed at the end “Malbosius,” with his paraph, monogram ‘MALB’ and [undeciphered] ad: XV Calendes decembris anno christi 1636. “Joannes De Croy fecit”); pp. 21-29: Index auctorum, divisionum, et scientiarum, qua hoc in libro scripta sunt. Contains list of authors and titles of books mentioned in the Methodus, with recommended authors indicated. Index gives folio numbers, though the manuscript is paginated. Dated 1636 at the end and signed Malbosius” with his paraph.

Consists primarily of incoming correspondence to Robert H. Barton (1811-1898) of Providence, Rhode Island, from his family that begins in the winter of 1849 when Barton left his wife and four children to head to the California gold fields. The 70 plus letters, which continue until the early 1870s, are from various family members and friends all with the common theme of “come home.” Also included are a few letters from Barton; some family photographs; and Barton’s account statement from Gregory & Waite Groceries & Provisions (Nevada City).

Sonya Rudikoff (1927-1997) was a writer, literary critic, and independent scholar, active from the 1950s through the 1990s, who wrote primarily on Victorian literature, feminism, and Virginia Woolf. The papers include Rudikoff’s professional and personal correspondence, including five decades of extensive correspondence from second-generation Abstract Expressionist painter Helen Frankenthaler; typescripts of Rudikoff’s unpublished fiction and lectures; notebooks, papers, and diaries from her time at Bennington College in the late 1940s; along with a curriculum vitae and bibliography of her work and some related materials.

Todd S. Purdum (1959-) is a political journalist whose work has appeared in a number of publications, including Vanity Fair, The New York Times, and POLITICO. The collection mostly consists of Purdum’s research materials on various political and cultural figures created for his work with Vanity Fair. Other noteworthy materials in the collection relate to Purdum’s senior thesis written for Princeton University’s History Department on the Eisenhower-era State Department’s Loyalty-Security Program.

Americans United for Separation of Church and State Records MC185

Series 5, the 2015 Accession, 1990-2013, is largely comprised of minutes, memorandums, correspondence, financial and departmental reports, legislative updates, and other materials related to the meetings of the Board of Trustees and the National Advisory Council (NAC). To a lesser extent, it includes the records of select committees, especially the bylaws committee.

Series 6, Ireland House Project, 2001-2013, contains unpublished notes and working documents related to the production of New Perspectives in Managing Ireland’s Economy for the Country to Thrive in the Turbulence of World Markets, Volumes I and II. Becker co-authored these volumes and Volume II’s insert adjustment, which were a project of the Glucksman Ireland House at New York University.

Office of the Treasurer Records AC128

Series 8: Christopher McCrudden Files, 1973-2006, consists of the chronological files of Christopher McCrudden. The files were created over the course of 23 years as McCrudden served in a variety of capacities in the Office of the Treasurer (now the Office of Finance and Treasury), beginning with his role as assistant controller for budget and long-range planning, and culminating in his role as university treasurer and vice president for finance. The files are composed of correspondence and memoranda and they document a broad spectrum of topics related to university finances.

Series 2: Publications consists of back issues of serials produced by the PPPL Communications Office. The serials include: PPPL Hotline, which is published irregularly and features stories about the Laboratory’s employees, projects, events, and activities; PPPL News, which is generally published monthly as a summary of recent events and activities;PPPL Weekly, which contains a weekly overview of laboratory highlights; Fact Sheets, produced periodically and written for the general public and broader scientific community; and This Week at PPPL, which is a digital display in the Lab’s lobby that previews the upcoming week’s events.

Series 10: Guggenheim Laboratory Time Capsule Materials, circa 1964, includes photographs of the lab building and personnel; a press release from the cornerstone laying ceremony; a list of Princeton University Department of Aerospace and Mechanical Sciences Guggenheim Laboratory theses and dissertations; a 1964 laboratories annual report; and related materials.

Subseries 8S: February 2015 Accession, Scores, Scripts, Set Photographs, and Videos documents shows that were produced between Fall 2013 and Fall 2014. The subseries contains a mix of original scripts, musical scores, still images, audio, and videos from the following productions: Zero Gravitas (2014 reunions version), Waiting for Guyot,Must Be ’18 or Older to Enter, and An Inconvenient Sleuth. It also includes video footage of the Triangle Disney Cabaret, a one-time special production held in December 2014, and blog posts narrating the Club’s 2015 tour.