Posted on July 6, 2015 by Rare Books and Special Collections 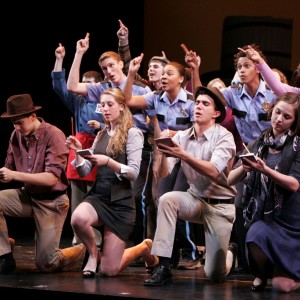 Consists of three diaries, two of which chronicle King’s overland journey to the southwestern frontier from Kansas along the Santa Fe Trail from 1881 to 1883.

The collection consists of course planning materials, manuscripts for an illustrated treatise on art and design, speech drafts, and drawings of French professional designer and art teacher Claude-Henri Dufour (1766-1845), dating from the period during and following the French Revolution, related to an art course he developed and taught at l’École Centrale d’Allier in the Auvergne region of central France. Dufour’s writings depict an ardent republican who promoted the value of design education for artists during the Industrial Revolution and early years of industrial design. Course materials cover elements of design and perspective, anatomy and proportion of the human figure, aesthetics, composition, and ornamental design, as well as touch on architecture and natural history.

Consists of manuscripts for two unrealized publications of selected works of Irish novelist Charles Lever (1806-1872), including “Books, Men, & Affairs; Views and Reviews” and “Harry Lorrequer’s Log” or “Harry Lorrequer’s Log-Book,” both edited by Irish novelist and publisher, Edmund Downey (1856-1937). Also included is an early draft of part of Downey’s book, Charles Lever: His Life in His Letters (1906), and some related bibliographical notes of Lever’s writings.

A ledger of accounts and real estate transactions of the Schuyler family of Schuylerville (formerly Saratoga), New York, in the hand of Philip Schuyler (1788-1865), dating from 1814 to 1825. Also included are two letters relating to Schuyler.

Richard T. Arndt (1928-) worked in cultural diplomacy for over two decades for the U.S. Information Agency and the Department of State. The collection documents Arndt’s commitment to cultural diplomacy and his advocacy of programs like the Fulbright Program in order to cultivate positive international relations. Included are papers written by Arndt and his speeches, article clippings, and correspondence on the topic of cultural diplomacy. Many documents are related to his book The First Resort of Kings: American Cultural Diplomacy in the Twentieth Century. Also of note are translations by Arndt of a French novel and play.

Subseries 8T: May 2015 Accession, is comprised of entirely born-digital materials that document past shows dating back to 2003, the first issues of the Club’s newsletter (Reader’s Tri-Jest), and production files from the Spring 2015 show A Wrinkle InTime. Also included is the script for the 2015 Reunions Version of An Inconvenient Sleuth, which the Club originally produced in Fall 2014. Digital images from past shows constitute the majority of the subseries.