Posted on September 2, 2015 by Rare Books and Special Collections 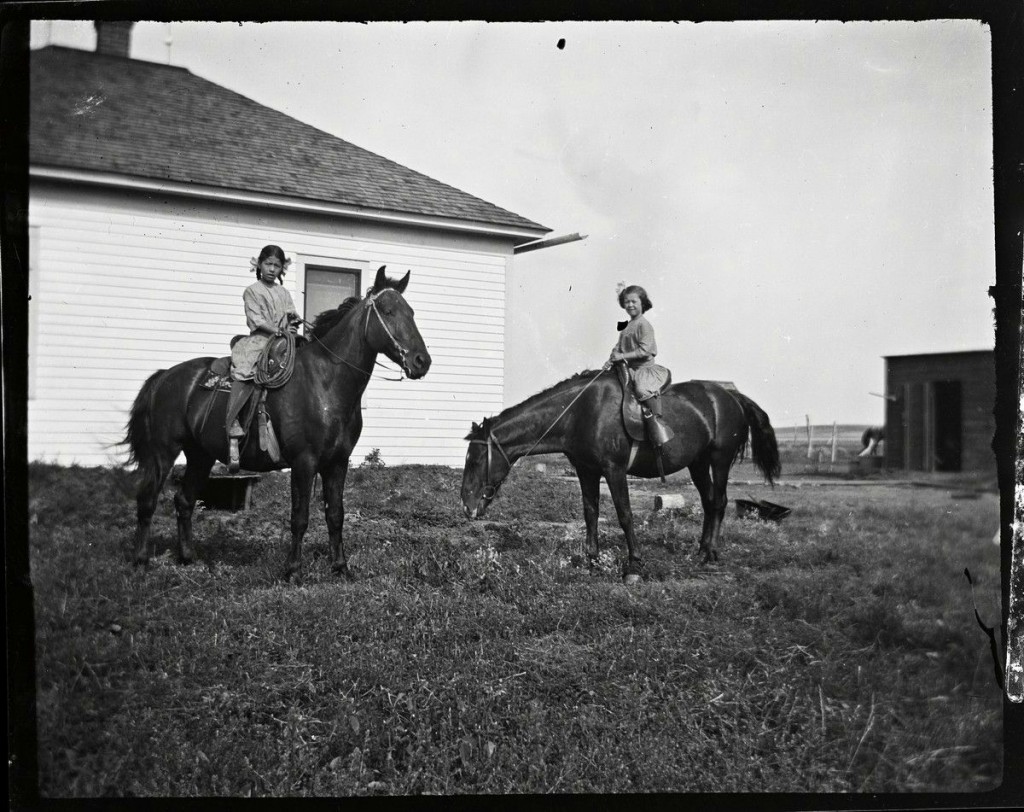 Photograph by Marie Kempton Phillips, circa 1905, from the Phillips Family Papers.

Consists of photographs, manuscripts, diaries, and ephemera relating to Edward H. Phillips (1868-1944), his wife Marie Kempton Phillips (1881-1946), and their daughter Jean Sarah Phillips (1908–1985) that document ranch life in and around Montana around the turn of the 20th century as well as Ed Phillips’ involvement in Wild West shows, including Buffalo Bill’s Wild West Show, and his career as a Hollywood actor. Notably, there are over 550 negatives taken by Marie Kempton Phillips with a hand-held camera dating from circa 1904 to 1938, many of which depict life on a Montana ranch, novelty steer riding and rodeo scenes, horse races and other performances, branding, cattle, wagon trains, horse-breaking, and more.

The author of this manuscript, dated 1804, was likely Rebecca Ricardo Keyser (1778-1838), mother of British financier Charles Keyser (1814-1892). A fictional retelling of the story of Dido of Carthage, it counters Virgil’s depiction of the character in his Aeneid. The narrative is essentially the one told by Pompeius Trogus, which was superseded by Virgil’s portrayal of Dido as the hapless lover of Aeneas. In her preface, the author warns the reader: “The lover of Virgil, accustomed to view Dido only as the bride of Aeneas, may avert his eye with disdain from beholding this illustrious fair one under any other form; and while his mind is impressed with the glowing picture of the mantuan bard delineating the sorrows of a being deserted by the man she loved … he must remember that Aeneas, not Dido, was the hero of this poem.” Explaining her intentions, the author also states “I have endeavoured to prove that a refined love is not incompatible with the higher duties of life; I have endeavoured to free my heroine from those puerile feelings the attendant of little minds, and have shewn that a virtuous passion can be exalted to an intellectual sentiment.”

R. W. Apple, Jr. (1934-2006) was a journalist, correspondent and editor at the New York Times. Apple covered a variety of topics including war, revolution, politics and government, and food and drink. The collection is composed of Apple’s research for his travel writings on various cities, countries, and chefs. The research is comprised of reporter’s notebooks, annotated menus, maps, and news clippings. The accession includes correspondence, personal documents such as baptismal records, marriage licenses, and family photographs.

One-volume collection of devotional texts and prayers in German and Latin, which were copied over a period of 30 years by various German scribes on different paper stock. The manuscript, organized into twelve booklets, was probably compiled for Euphemia Pirckheimer (1486-1557), abbess of the Benedictine convent of the Holy Cross at Bergen, in Neuburg an der Donau, Bavaria. She was the sister of the German humanists Caritas Pirckheimer (1467-1532) and Willibald Pirckheimer (1470-1530).

1 Response to New Finding Aids for July and August 2015