Posted on November 3, 2015 by Rare Books and Special Collections 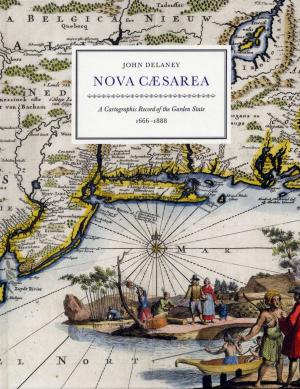 In 2014, to celebrate the 350th anniversary of the naming of New Jersey, RBSC published Nova Caesarea: A Cartographic Record of the Garden State, 1666-1888 by curator of historic maps John Delaney. The work was a substantial updating of John Parr Snyder’s definitive work The Mapping of New Jersey, which had appeared in 1973. The new work covers all of the state’s twenty-one counties, focusing on their first wall maps and county atlases, in which the names of landowners are prominently displayed. Historically, the book ranges from the first printed map (1666) to chart the territory that became New Jersey to the state’s first topographical atlas (1888). (New Jersey holds the honor of being the first state in the union to be so thoroughly and scientifically surveyed.) As a companion to the book, an online website was created, containing high-resolution images of all of the maps and illustrations in the publication as well as most of its text:

In addition, the Dept. hosted an exhibition with the same name, utilizing a subset of the historical maps that the Library held in its collections. The exhibition ran in Firestone Library’s main gallery from 16 August 2014 to 25 January 2015.

Recently, Nova Caesarea was awarded the Arline Custer Memorial Award by the Mid-Atlantic Regional Archives Conference (MARAC). The award “recognizes the best books, articles, and exhibition catalogues published by MARAC members and other individuals and institutions in the District of Columbia, Delaware, Maryland, New Jersey, New York, Pennsylvania, Virginia, and West Virginia.”  In its award announcement, Nova Caesarea was described as “a finely illustrated volume.”  One reviewer noted, “Would be nice to see every state have a companion volume.”  Another reviewer commented, “A really lovely collector’s piece. Beautifully done, high-quality images. Appealing to both New Jersey residents and map lovers.”

Copies of the book, in both a regular edition and a slipcased special edition, are available for purchase from Diane Publishing: