Posted on February 3, 2016 by Rare Books and Special Collections 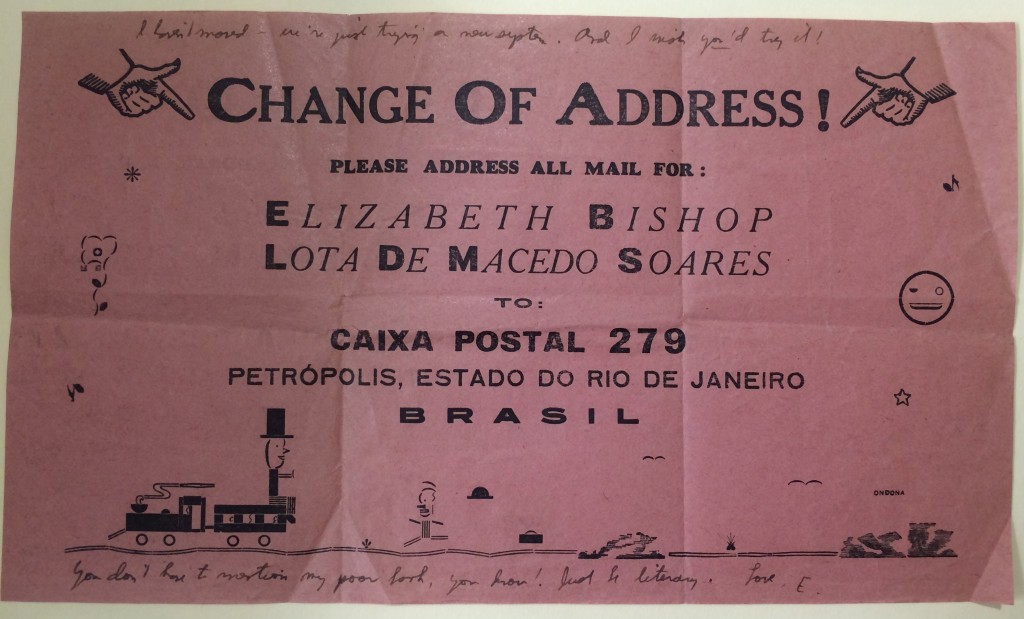 Students for Prison Education and Reform (SPEAR) is a student organization that works to empower students to advocate for prison reform on issues such as mass incarceration, educational opportunities for prisoners, solitary confinement, the death penalty, and related issues. The SPEAR records consist of documents used by the leadership team of the organization to advance its mission including meeting minutes, planning documents, documents that outline the goals and aspirations of the organization, and materials relating to the organizational structure of the group.

The Black Justice League (BJL) is a coalition of undergraduate students at Princeton University with the stated purpose of standing in solidarity with Ferguson (Missouri) and dismantling racism on the Princeton University campus. The collection consists of two of the organization’s social media webpages as well as an online petition that states the organization’s demands.

The Latinx Collective formed as an unofficial student organization in the fall of 2015 with the goal to support Latinx students on campus and encourage University administration to respond to the state of their lived and varied student experiences. The records include information about activism for the Princeton Latinx community, including meetings with administrators, town hall meetings, and proposal documents.

Joseph Frank (1918-2013) was an American literary scholar best known for his five-volume biography of Russian novelist Fyodor Dostoyevsky, which he began in the early 1970s and completed in 2002. The collection consists of his personal and professional correspondence dating from the 1940s through the early 2000s, though primarily from the 1950s through the 1980s. Correspondents include Hannah Arendt, Elizabeth Bishop, Yves Bonnefoy, Pierre Bourdieu, Ralph Ellison, Carlos Fuentes, Irving Howe, James Laughlin, Richard W. B. Lewis, Mary McCarthy, Allen Tate, and many other poets, writers, artists, and academics. A small amount of family correspondence, personal documents, and printed materials, including inscribed reprints and chapbooks, are also present. Of note is a particularly rich group of 25 letters from the American poet Elizabeth Bishop to Joseph Frank, dating to the 1950s and early 1960s when Bishop was living in Brazil with her partner, Lota de Macedo Soares. Bishop discusses the intimate details of her daily life, her reading and writing habits, and her general impressions of living as an American expatriate in Brazil.

Dick Kazmaier was a Princeton University student and football player from 1949 to 1952. The Dick Kazmaier Papers include Kazmaier’s course materials (class notes, exams, and thesis research material), as well as football team photographs and award certificates from 1949 to 1951. A box of award plaques spans the dates 1950 to 1991.

Eugene Bird (1925-) is a retired Foreign Service Officer who served primarily in the Middle East. During Eugene Bird’s tenure with the State Department, he and his family lived in Jerusalem, Beirut, Cairo, Bombay, New Delhi, and the Saudi Arabian cities of Jeddah and Dhahran. His wife, Jerine “Jerri” Bird (1926-2012), was an activist who started the nonprofit organization Partners for Peace, which sponsored speaking tours by Israeli and Palestinian women throughout the United States. The collection contains Eugene and Jerine Bird’s personal and professional correspondence, subject files on the Middle East, and writings, especially pertaining to Jerine Bird’s unpublished manuscript on Saudi Arabian women.

This journal, which covers the span of the Bannock Indian War from July to September 1878, provides a detailed account by U.S. Army officers of events in the field and at headquarters. Primarily kept by Harry Lee Bailey (1854-1934), 2nd Lieutenant, U.S. Army, it is predominantly comprised of the text of letters and telegrams to and from General Oliver O. Howard, as well as those sent by his chief officers in the field, Colonel Frank Wheaton, Colonel George A. Forsyth, and Captain Evan Miles. The journal’s other contributors include Captain Samuel Tobey Cushing and 2nd Lieutenant Charles Walter Rowell. Both Bailey and Rowell served as Acting Assistant Adjutant General during the campaign.

An addition to the collection includes five audio cassettes from 1971 of interviews and Nobel Prize speech recordings of Pablo Neruda and one audio cassette of Mario Vargas Llosa for Channel 13 from 1989. Other additions include correspondence with Pablo Neruda, George Plimpton, Jorge Guillen, Ronald Christ and others; and printed materials that include an early edition Seven Voices in Spanish.

Madison Smartt Bell (1957-) is an American novelist best known for his trilogy of novels about Toussaint Louverture and the Haitian Revolution, published between 1995 and 2004. His papers consist of writings, personal and professional correspondence, family documents, memorandum books, printed materials, and subject files, including drafts, galleys, and proofs for his novels, short stories, and other writings from 1983 until 2011. The 2015 accession comprises an additional 12.4 linear feet of research, draft, and publishing materials related to his works, The Year of Silence, Behind the Moon, Devil’s Dream, The Color of Night, Soldier’s Joy, Charm City, Red Stick, Zig Zag Wanderer, Lavoisier in the Year One, Soul in a Bottle, and Toussaint Before the Spirits, as well as additional correspondence from 2002 to 2011 and subject files from 1995 to 2014. Bell is a living author, and future accruals are expected.

Edmund Keeley (1928-) is an author, translator, and Charles Barnwell Straut Professor Emeritus of English at Princeton University, best known for his translations and writings on modern Greek poets. This series contains a large group of additional papers received from Edmund Keeley in 2013-2014, including drafts and proofs of novels, translations, and editorial projects, correspondence, as well as family papers, a large collection of family and travel photographs, and biographical materials. Writings include drafts, galleys, notes, and correspondence for Keeley’s books Albanian Journal, the Road to Elbasan, Borderlines, A Memoir, “The Grand Tour” (unpublished), On Translation: Reflections and Conversations, The Salonika Bay Murder, Cold War Politics and the Polk Affair, School for Pagan Lovers, and Some Wine for Remembrance, as well as for his translations and writings on poets Constantine P. Cavafy, Odysseus Elytēs, Giannēs Ritsos, and George Seferis, and for anthologies he edited, including A Century of Greek Poetry, 1900-2000 and W. W. Norton’s The Greek Poets: Homer to the Present. Additional personal, family, and professional correspondence, files on Keeley’s lectures, grants, and work with various international organizations, writings by fellow poets and translators, personal documents, memorabilia, and printed materials are also present.

The files document a variety of perspectives and experiences of black students, faculty, and staff from the 1960’s through 2015. Additionally, the series contains the office files of the (former) Afro-American Studies Collection, a reference library collection formerly housed in Firestone Library and established in 1966 to support the then-named Program in Afro-American Studies. Curators of the Collection and subsequent subject librarians include: Helen Lee (1966-1968), Ann Slevin (1969-1970), Pat Roca (1970-1971), Louise Anderson (1972-1980), William Welburn (1980-1984), and Emily M. Belcher (1985-2015).