Posted on March 9, 2016 by Rare Books and Special Collections 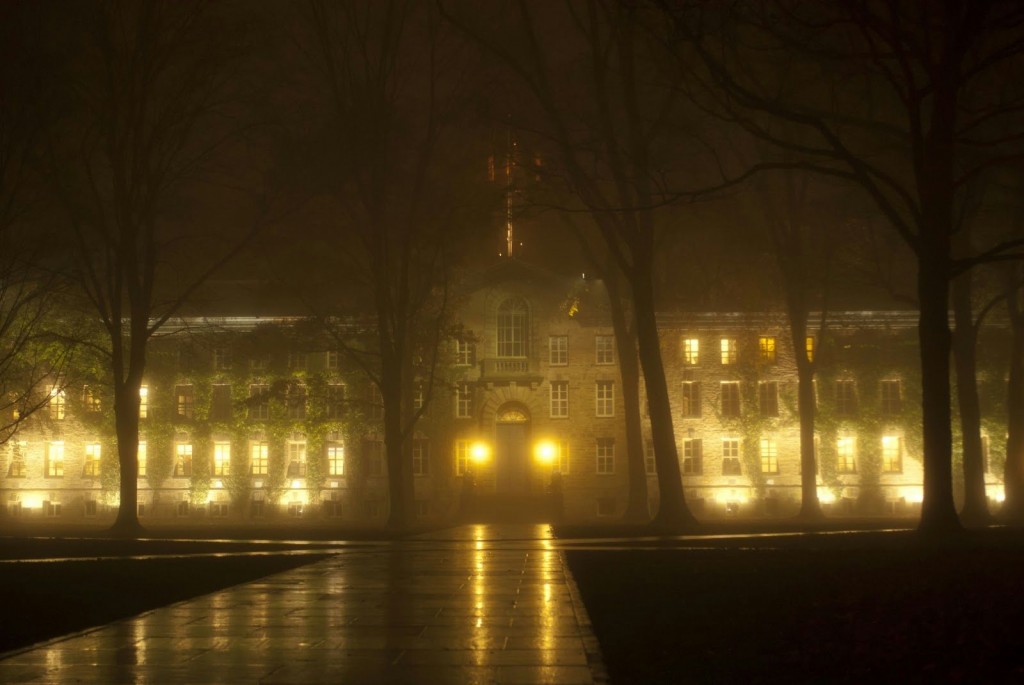 Consists of the correspondence of C. Leroy Ellenberger, one-time advocate and now critic of Immanuel Velikovsky, which relate to an article he published in the journal Kronos regarding the publication of Velikovsky’s Stargazers and Gravediggers: Memoirs to Worlds in Collision (1983).

Consists of several manuscripts, some of which are unpublished, by French lawyer, politician, and writer, Frédéric Gaillardet (1808-1882), including a partial manuscript draft of L’Aristocratie en Amérique (Paris, 1883) and several other manuscripts, notes, documents, and clippings, primarily relating to Gaillardet’s time and travels in the United States, Canada, and Cuba from 1837 to 1848, particularly his time in Louisiana, Mississippi, and other southern states. Also included are manuscript drafts of unpublished plays and other writings.

Hybrid manuscript prayer book in French, written and illustrated by the Burgundian sculptor Nicolas Sordoillet (born 1703; flourished 1740-1748) for his personal devotional use. Sordoillet painted three grisaille illustrations (pages 2-4), depicting the Virgin Mary, the Crucifixion, and a Guardian Angel leading a child. He also extra-illustrated the volume with six etchings on paper (not paginated) from a larger series of devotional illustrations, known collectively as La petite passion, by the French illustrator Jacques Callot (1592-1635). The prayer book is referred to as “Heures,” but is a series of vernacular French prayers to Christ and does not take the form of a book of hours.

Robert B. Oakley (1931-2014) was a Foreign Service Officer who served as U.S. Ambassador to Zaire, Somalia, and Pakistan. The collection consists of a comprehensive oral history with Oakley, along with his various speeches, articles, and papers on the topics of U.S. diplomacy and foreign relations, especially as these issues pertain to political instability in Pakistan and the Middle East, U.S. policies on terrorism, humanitarian disasters, and U.S. intervention in Somalia.

Nat Clymer was as a contract photographer for Princeton University from the early 1980s until the early 2000s. In his decades documenting different aspects of campus life and culture, Clymer was assigned to many departments and units of the university, most notably the Princeton Alumni Weekly. The photographs span Clymer’s career as a contracter photographer for the university. The collection offers a vivid portrayal of the University’s campus through portraiture of buildings, faculty, students, and alumni engaged in a wide variety of activities.

The Wright Family Papers consist of correspondence received at Princeton University by Harry H. Wright, class of 1903, and his son Richard R. Wright, class of 1935, during their undergraduate years, as well as printed postcards and class directories, a songbook and Daily Princetonian style book. The Wright family owned a farm in Allentown, New Jersey, and the correspondence reflects family news, domestic and farm life at the turn of the twentieth century and again during the 1930s.

Series 8: Independent Committee of Eminent Persons (ICEP) and Other Groups, 1988-2010, consists of four boxes of records from the Independent Committee of Eminent Persons (also known as the Volcker Commission), which investigated bank accounts in Swiss banks that had remained dormant since World War II. The series also includes one box containing a phone log book and materials related to Volcker’s service on boards or in advisory capacities with various organizations.

Additions to Series 4: Author Photographs, 1930-1988, were a bequest of the Arthur Thornhill, Jr., estate and include additional black-and-white photographs of Norman Mailer, Edward W. Brooke, Lillian Hellman, Henry Kissinger, Katherine Anne Porter, and others, some of which are inscribed to Arthur Thornhill, Jr. Also included are photographs of Thornhill at publishing events, Princeton alumni events, and with other staff at Little, Brown and Company.