Posted on September 9, 2016 by Rare Books and Special Collections 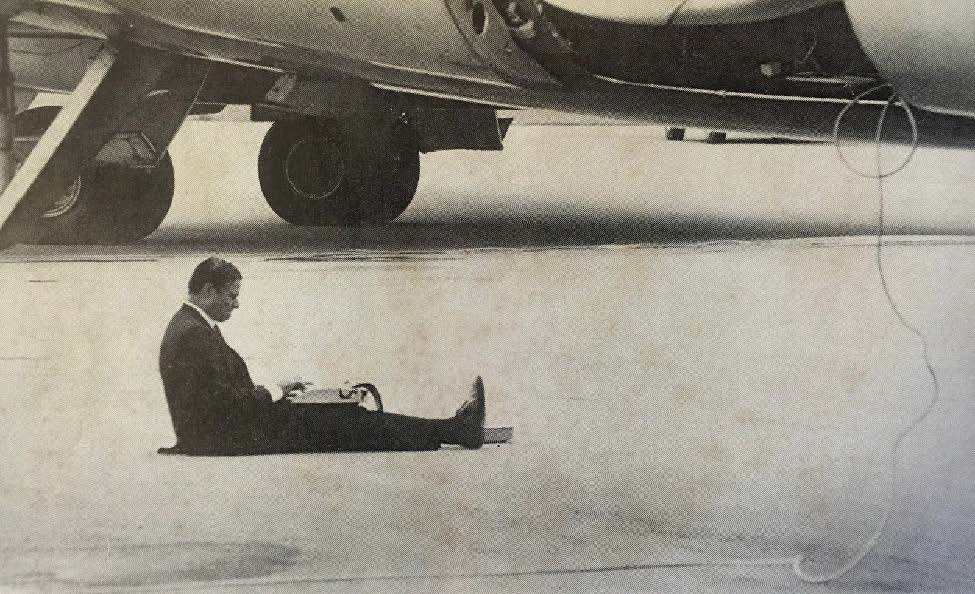 The Anscombe Society is a student organization founded at Princeton University in 2005 with the stated mission to affirm the importance family, marriage, and a proper understanding for the role of sex and sexuality. The Anscombe Society Records document the organization’s first decade of activities, especially the group’s proposed Center for Abstinence and Chastity.

Bernardino Ciarpaglini commomplace book of medicine and secrets (C0938 No. 711)

Bernardino Ciarpaglini, an Italian physician and experimental anatomist, kept this volume of various prescriptions, recipes, remedies, advice, and spells in Tuscany from around 1680 to 1730.

Detailed diary dating from January 1, 1831 to June 12, 1834, of an officer on the British ship Alfred documenting travels in the Mediterranean and Middle East, specifically Greece, Turkey, Malta, Egypt, and Palestine, among other places. Includes some newspaper clippings.

The Dillon Gym Library was housed in Dillon Gym, which opened in 1947. Dillon Gym is now mainly used as the headquarters for the Campus Recreation program, and includes various administrative and varsity athletic coaches’ offices. The majority of the collection is made up of published material such as athletic handbooks, rule guides and technique charts; athletic organization convention and conference reports; and university publications (sports schedules and programs, admissions material, faculty, staff, and alumni guides and fundraising publications). The collection contains several areas of focus—notably, material on women’s sports at Princeton.

Dating from 1598-1630, this manuscript contains approximately 77 official letters, edicts, speeches, verse epitaphs and epigrams, satirical poems, and other texts and documents in French, Latin, and Spanish (Castilian), many of which relate to French history and politics from the reigns of Kings Henry II to Louis XIII of France.

George Nicholson (1937-2015) was a literary agent for children’s and young adult books at Sterling Lord Literistic from 1995 to 2015. The collection consists of his Sterling Lord Literistic office files on the authors and illustrators with whom he worked, such as Tony Abbott, Betsy Byars, Lois Duncan, Patricia Reilly Giff, Alice Provensen, Peter Lerangis, and Zilpha Keatley Snyder, and the literary estates he managed, including those of Don Freeman, Hardie Gramatky, and Lois Lenski. Author files include correspondence and email printouts, as well as copies of contracts and agreements, royalties statements, book jacket proofs, promotional materials, drafts and proofs of book manuscripts, and photocopies and mock-ups of books.

Henry John Temple, 3rd Viscount Palmerston (20 October 1784-18 October 1865) was a British statesman who served twice as prime minister in the mid-19th century, from 1855 to 1858 and 1859 to 1865. The collection consists of 15 letters, dating from August 1836 to January 1837 from Palmerston to his putative daughter Emily Ashley-Cooper, Countess of Shaftesbury, referred to in the letters as “Mrs. Ashley,” along with a portrait engraving of Maria Ann Ashley-Cooper.

Diary, dating from September 15 to November 23, 1868, of Englishman J. W. Beckley that documents his trip to Kansas to visit siblings who had emigrated there. The first volume mostly records his trip west; the second volume is largely devoted to an excursion billed as “a buffalo hunt on the immense plains of Kansas & Colourado where the Indian now roams, defiantly bidding civilization to advance.”

Educational manuscript, dated December 9, 1807, written by John Spencer Cobbold (1768-1837), a country clergyman and published author, and billed as “A Chart of English History, designed principally for Young Persons by the Revd. Spencer Cobbold M.A. Late Fellow of Gonville & Caius College, Cambridge.” The manuscript, written in ink and colors in a large copperplate hand, contains a comprehensive scheme of English history, from Julius Caesar and Cassivellaunus in 54 BC through to George III in 1807. Each of the major historical rulers is highlighted in a colored circle, some of which are very decorative, with the colors changing as the royal house changes. The work complements a similar “Chart of Sacred History” designed by Cobbold.

Louis de France, le Grand Dauphin’s copy of an unpublished manuscript circa 1700 by French physicist and mathematician Joseph Sauveur that describes the field of mechanics around the late seventeenth and early eighteenth centuries. The manuscript, in framed calligraphy text, is divided into five parts: The motion of bodies without springs; From the motion of heavy bodies; Clean machines communicate or stop the movement; From the movement of body fluids; and Springs, ropes and friction. It is illustrated with 32 folding, colored plates in pen and watercolor.

Arlene B. Gamio Cuervo is an undergraduate student in the Princeton Class of 2018. This collection contains applications, support letters, and planning documents created and used by Arlene B. Gamio Cuervo ‘2018 during the spring semester of 2016 in their proposal for an independent concentration in Latinx Studies.

Office of the Vice President for Campus Life Records (AC427)

Diary of career Army officer, physician, author, and botanist Valery Havard (1846-1927) dating from 1871 to 1877 that includes documentation of his time at Camp Grant, Arizona, caring for Apache Indians.

Series 5: September 2015 Accession of Research Materials and Photographs, 1950-2012, is predominantly composed of notes, articles and papers, interview transcripts, correspondence, and audiovisual media that were created or collected by Oberdorfer for various writing projects. Most of the materials pertain to Oberdorfer’s biography of Senator Mike Mansfield or to Oberdorfer’s interest in Korea, including some materials specifically related to his book The Two Koreas: A Contemporary History. Other topics documented in the research materials include the Vietnam War (particularly the Tet Offensive), Japan, U.S.-Soviet foreign policy, and Richard Nixon’s administration. To a lesser extent, this series includes photographs featuring or taken by Oberdorfer. Most of the photographs are from Oberdorfer’s travels abroad post-retirement, especially in Asia.

A recent addition to this open collection of manuscript material related to print collections of Leonard L. Milberg (Princeton Class of 1953) is a Harby family register, consisting of 18 manuscript pages in a variety of hands, tracing eight generations of the extended Harby family of South Carolina from 1827 to 1930. The register documents the history of a Jewish family living in the American South during the 19th and early 20th century.

This assembled collection consists of materials related to the Stockton family of Princeton, New Jersey, ranging from a 1701 deed to notes on Nassau Inn written in 1942. A recent addition comprises a highly detailed 28-page account of the estate of Dr. Ebenezer Stockton, beginning after his death in 1837 and continuing until 1856.

This collection consists of miscellaneous source material–letters, documents, and other separate, unbound manuscript items–pertaining to the history of the American West and Southwest acquired by the Library beginning in 2013. A recent addition includes the diary of G. A. Thomas concerning the California Gold Rush and a few related photographs dating from 1850 to 1851.

Two 18th-century Russian volumes of the Four Gospels in Church Slavic, with prefatory texts and tables. This collection forms part of the Robert Garrett Collection (C0744).

Some recent additions to this collection of modern English and American literary manuscript materials include: an autograph letter from Whitelocke Bulstrode (1650-1724), an alchemist, religious writer, Whig lawyer and administrator, and anti-Jacobite author under the pseudonym “Philalethes,” in London, to his son, Richard Bulstrode, in Littleton, Middlesex (November 16, 1724); a seven-page autograph letter, partly in verse, from Bristol clergyman, poet, and hymnist Thomas Grinfield at Clifton (near Bristol) to his former Winkfield classmate Thomas De Quincey praising the publication of De Quincey’s article on Landor in Tait’s Magazine (February 4, 1847); and a couple of manuscripts by Algernon Charles Swinburne (1837-1909), including “A note on Charlotte Brontë” (circa 1876), and manuscripts relating to Christopher Marlowe (circa 1881-1908).

A recent addition to this collection of over 5,000 photographs, consisting mostly of documentary photographs of the Trans-Mississippi West from the late 1860s to early 1900s, includes an 1886 photograph by C. S. Fly of Apache chiefs Géronimo and Naiche during the surrender negotiations before they were imprisoned at Fort Marion in St. Augustine, Florida (Géronimo’s son is also depicted).