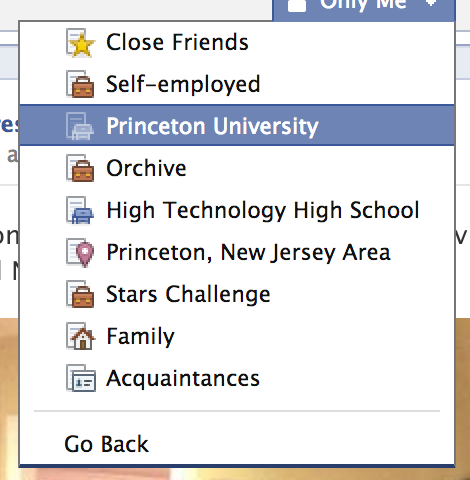 In a recent addition to its user interface, Facebook introduced the option of placing your friends into lists – not unlike the Circles that Google+ utilized. “Smart Lists” automatically organizes your friends into different groups, while the user can also add friends into the default groups “Close Friends” and “Acquaintances” along with other lists he can create. However, it stands to reason that lists may not be the best form of association – after all, Google+ was not very successful with its attempt to create a social media platform. This poses the following question: why do people prefer to have their friends in a large, uncategorized mob as opposed to in neat and orderly divisions?

The main problem is that the entire process is far too tedious for the average Facebook user to undergo. The “Smart Lists” function, which bypasses the manual labor required to individually divide one’s friends, does not perform its task efficiently and accidentally groups people into inaccurate lists. Therefore, the only effective way to ensure that each friend is where he belongs is via the manual lists. Of course, the user encounters problems through this as well.

Firstly, to efficiently arrange lists for friends, the average user will certainly have to create a list aside from “Close Friends” and “Acquaintances.” From there, they may be unsure where to place their friends and where to exclude them. If a user makes a mistake while ordering, he may have to delete a list and start all over again. Facebook’s old policy, dumping everyone in one pile, may prove superior to the Google+ method of grouping for a variety of reasons.

Lumping friends together has its downsides – it facilitates the two extremes of data sharing. Oversharing, where a user may post information that is not appropriate to certain audiences, and undersharing, where a user may limit his social media presence to timid, meaningless updates. Nevertheless, given these two occurrences, Facebook has continued to thrive and grow amidst various privacy and security concerns.

To embark on a tangent regarding security, one may argue that the old Facebook provides a better medium for data security. For example, users who group their close friends together may post inappropriate information that can easily be leaked to the public eye. Users may become a little too comfortable in their digital homes and become careless with their Internet privacy.

Social media was meant to be an enjoyable process in which the user enjoys spending time on the website. In reality, none of us have to physically organize our groups into separate sections – this occurs naturally, by our actions and behavior. On Facebook, the posts that I make will usually only apply to a certain group, and there exists a tacit agreement between those excluded from that group and myself not to interact on that specific platform. When a friend breaks this unspoken rule, Facebook becomes a rather awkward place. Therefore, this tenet is usually upheld in conventional online social media use, and is far superior to the lists that Facebook has implemented. The environment that has been established allows us to create implicit divisions – Facebook doesn’t have to do it for us.