A Princeton alumnus made a generous donation of lianhuanhua (Chinese illustrated story books or comic books) to the Cotsen Children’s Library, adding 180 volumes to its growing collection of this unusual format of reading material. Sometimes translated as “linked pictures,” lianhuanhua, which resembles comic book storytelling by combining sequential art and text, was a popular format enjoyed by adult and child readers alike in China during much of the 20th century. It touched the childhood of many generations and is fondly mentioned in numerous memoirs.

Ren Rongrong任溶溶, China’s most celebrated translator of children’s literature, was born in 1923. The son of a successful business owner, Ren spent a comfortable childhood in Shanghai and Guangzhou.

As long as I was supplied with lianhuanhua and A-fu clay figurines, I would be quite content. I kept myself entertained and asked for no adult attention…My beginner readers were not fairy tales about kittens, puppies, chickens or ducklings, but lianhuanhua stories about Zhao Zilong, Wu Song, Huang Tianba [heroic figures from historical novels] and the like.” (Ren 14-16)

Xu Guangyao徐光耀, one of China’s best children’s writers of the 20th century, was born in 1925 and grew up in a poor village in Hebei Province. The earliest joyful memory he recalled in his memoir was the time when his father, otherwise an often bad-tempered, emotionally distant dad, told stories from lianhuanhua to him and his sister (Xu 2). His sister became enamored by historical women warriors such as Hua Mulan and Mu Guiying, and loved drawing them. “They are all donned in armor, astride horses, carrying spears and flags, their heroic spirits captured on paper” (4)–just like how they are depicted on the covers above (bottom row).

Capitalizing on its immense popularity, individuals and interest groups packaged into the palm-sized booklets not only riveting stories and appealing images but also information and ideologies. Lianhuanhua was utilized to promote literacy, patriotism, and Marxism, to condemn political rivals and class enemies, and to disseminate knowledge and technical know-how. The Communist Party launched a crusade against lianhuanhua in the 1950s after becoming the ruling party of China, weeding out works whose messages were incongruent with orthodox political views.

Chinese children’s books and entertainment began to diversify in the 1980s. By 1990, lianhuanhua in its traditional style had retired to forgotten corners of cupboards, second-hand book markets, and closed stacks of public libraries.

The donor behind Cotsen’s recent acquisition of lianhuanhua earned an advanced degree from Princeton and prefers to remain anonymous, “in line with Maimonides’ guidance on charity,” as he wrote us. He kindly provided the context of his collection at my request:

I first discovered lianhuanhua as a foreign student studying in Beijing in the 1980s. At that time, the books were ubiquitous, sold in most bookstores and rented out of street-side stalls. I admired the artwork and the storytelling and, for someone whose Chinese reading skills were still rudimentary, the books were an accessible and affordable entryway to a wide range of literature and history. The first lianhuanhua I purchased was a two-volume retelling of a portion of Journey to the West, adapted from an animated TV series. I acquired most of the books in my collection in the mid-1990s from used booksellers in Beijing. Some of them had stalls in weekly markets, such as the one at Panjiayuan潘家园, but most operated on the street, laying their books out on the sidewalk or displaying them on wagons. I bought indiscriminately, attracted often by subject matter and sometimes by the artwork. I had hoped one day to use the collection as a basis for a study of lianhuanhua as a vehicle for popular cultural literacy, but I am very pleased to know that the Cotsen Children’s Library will now be able to make them available to the wider scholarly community, which will make much better use of them than I ever could. (anonymous donor)

Stories about the Sino-Japanese War (1937-45), in “Patriotic Education in Lianhuanhua” series

Lianhuanhua published for Uygur-speaking readers. The titles include biographical stories of Lenin, Friedrich Engels, and Maxim Gorky, as well as tales adapted from The Arabian Nights.

One type of lianhuanhua was produced by adding captions to movie stills. Before television sets–much less video players–became ubiquitous in China, it offered quite a satisfactory substitute to watching animated graphics on the screen! The Man and the Monkey is based on a movie with the same title, a tragedy about a Peking Opera star who wins fame by playing the role of the Monkey King.

Left: poster of the movie The Man and the Monkey (1983)
Right: cover of the eponymous lianhuanhua based on the movie

Left: a screenshot of the movie
Right: one page from the lianhuanhua

The A-Team in Chinese lianhuanhua (1985), with the protagonist BA (“Bad Attitude”) shown on one page.

From its publication statement it is unclear if the Chinese adaptation of The A-Team was based on the television show first released in 1983 (and subsequently illustrated by Chinese artists) or translated from the comics version of the show published by Marvel Comics. The latter is more likely, because speech bubbles are not common in Chinese lianhuanhua, the way they are in manga and comics.

In this Chinese version of The Adventures of Tintin, the comic strips were rearranged to fit the customary size of lianhuanhua. The Chinese edition was published before China joined the Berne Convention for the Protection of Literacy and Artistic Works and the Universal Copyright Convention in 1992. It is unclear if it the translation was unauthorized or had acquired proper rights.

The scholarly value of East Asian comic books as primary source materials has slowly become appreciated. I myself analyzed lianhuanhua stories about the Sino-Japanese War to trace the shifting narrative of the war as presented to young readers. Comic books are the subject of a recent study titled North Korean Graphic Novels: Seduction of the Innocent? by Martin Petersen (Routledge 2019). Children’s literature scholar Yeo-Joo Lim (2012) examined the appeal of South Korean educational comic books in her dissertation, titled Seriously, What Are They Reading? An Analysis of Korean Children’s Reading Behavior Regarding Educational Graphic Novels. Beyond Princeton, another special collection that houses Chinese lianhuanhua is the library of the University of Hawaii at Manoa.

With this post the Cotsen Children’s Library wishes to express gratitude to the anonymous alumni donor. First, thank you, as a young student, for embracing Chinese language learning with intellectual courage. Second, thank you, as a collector, for being open-minded to a format of ephemera that was losing its popular appeal. Third, thank you, as a donor, for showing a generosity guaranteed to advance scholarship as researchers return attention to this once hugely influential format of popular consumption.

Princeton’s catalog of lianhuanhua holdings can be found at https://catalog.princeton.edu/catalog/. 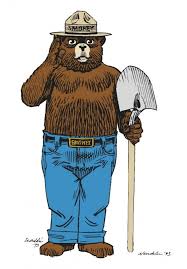