“Well, Shankar would say it’s even simpler than you have there on the blackboard.”

[In my inner ear, a long sustain appears, followed by a descending sparkle.]

[In my inner ear, and my retrospective eye, I recall this prolongation.
It was the first orchestral music I ever heard.]

And the delivery system: 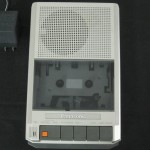 A year or two later, I learn about something called the ursatz.