Though the government does not officially recognize the Kurds as a racial group, it has passed legislation that targets the Kurds specifically.

Photo 7: Kurdish child being arrested for participation in PKK protest

The Anti-Terror of 1991, for example, specifically targeted the Kurds when it banned all anti-government protests by, and the support of, the PKK. Since its passing, the legislation has been responsible for the jailing of Kurdish children as young as twelve as well as peaceful demonstrators that support the Kurdish Separatist movement (BCC News: 2010). Though the law has since been amended to protect children, it still targets Kurdish adults which aim to assert their identity. And further, it has lead to the barring of a Kurdish politician from the Turkish parliament due to his past affiliation with the PKK (Champion: 2011).

In addition to political bans, there have been linguistic bans that have targeted the Kurdish population in Turkey. As previously discussed, the main identifier of Kurds is their use of the Kurdish language. Until 1991, the Kurdish language was completely banned in Turkey. Today, it remains banned in all “official” places including public schools, Parliament , and other government facilities (MSNBC: 2009). And while Kurds are allowed to speak Kurdish in private spheres, there remains a ban on reading, writing, publishing, and producing books, television, or radio in the Kurdish language (Akreyi 2011). 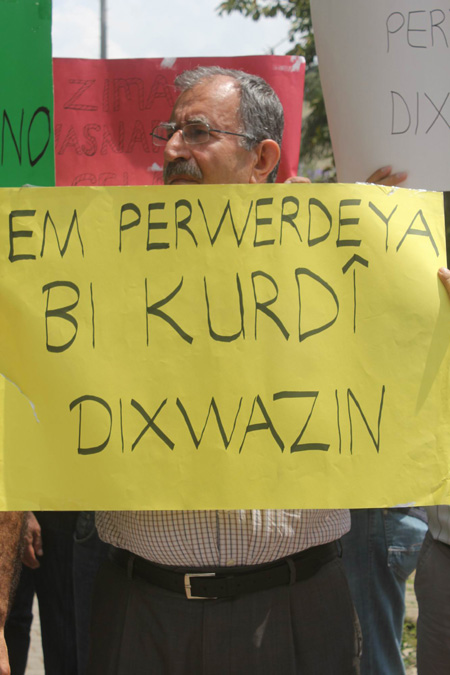 These bans are similar to those exhibited in France. France’s ban on religious symbols in 2004 specifically targeted Muslims without identifying the group by name. Their end goal was to preserve the French ideal of secularism as well as a unified French nationality (See the “Institutions” page under “France”). In the same way neither the political nor linguistic bans in Turkey explicitly mentions “Kurds” as a group, yet the Kurdish people are the only group affected by the legislation. The government has claimed that its legislation is necessary to preserve the unity of the Turkish state, but in reality such discrimination only widens the gap between Turks and Kurds.