Where: Beginning at Frist, outside Café Viv

Where: Beginning at Tower (eating club)

Who: Gene Merewether and Alice Fuller

Where: Beginning at Tower (eating club)

I am selecting ideas 1 and 5 for paper prototyping.  I have selected idea 15 because people I was observing tended to discuss coming assignments, and several times people did not know when things were due.  I chose idea 5 because it also appeared to be a major issue in my observations; the people I watched wanted to do things like get coffee or print before class, and didn’t know if they had time to make it.

These are ordered hierarchically, so that the flow of navigation is from the top to the bottom. 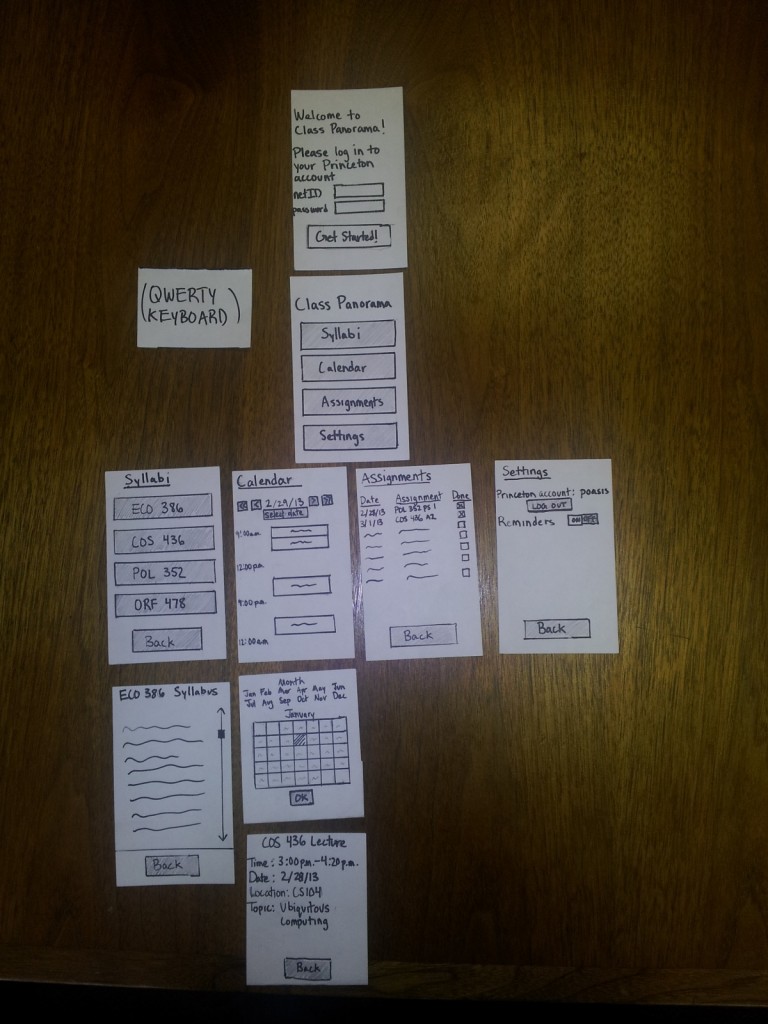 Note that the top screen is only seen on the first use, or when you are not logged in to a Princeton account.  The two screens below “Calendar” are meant to be overlays, which disappear when Ok or Back is selected.  The first is triggered by hitting the “Select Dates” button, and the second is triggered by touching one of the blocked off calendar events.  The keyboard appears at the bottom of the screen when a text entry box is touched/selected. 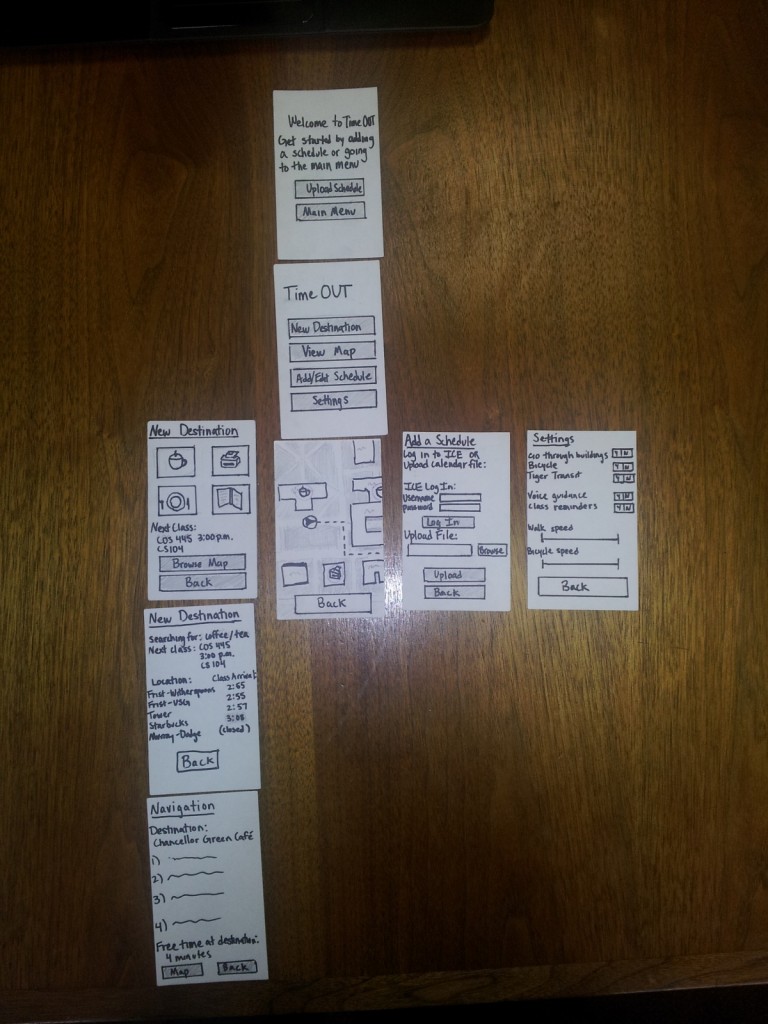 Again, the first screen only appears if the user has not logged in before, or is not currently logged in.  Otherwise, they will start from the Main Menu.  The top New Destination screen buttons signify (clockwise from top left) coffee/tea, printers, food, and libraries.  The next New Destination screen is then customized based on the item selected (the prototype just includes the screen for coffee/tea, since other options will have similar layouts and interactions.  The Navigation screen can be accessed by selecting one of the options in the second New Destination screen.  If Map is selected from there, it will take you to the View Map screen, which is shown under the main menu, but with the route highlighted by a dotted line.  In Settings, speeds are manipulated by dragging sliders.

Where: Thesis room of Tower

Where: Dining room of Tower

Where: Thesis room of Tower 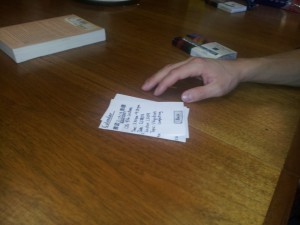 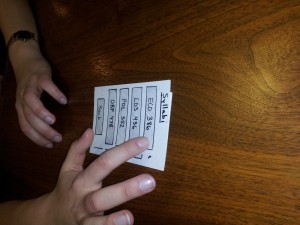 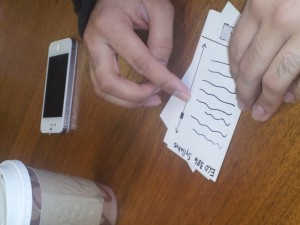 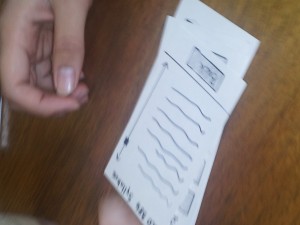