Lauren Berdick I paper prototyped an app that uses the freefood listerv in order to display and give information about where to find free food on campus.

I observed people in-between lectures. People entertain themselves with an eclectic mixture of habits. Some people munch on food, either snacks or two course meals they got from late meal. Others, most likely those who have not been tired out for the week already, start to flip through a textbook, or lecture slides of the class to come. Many immediately take out their computer and start facebooking, playing random games, checking their Princeton gmail. The teachers, if they get there early, are generally setting up their computer for use with the projector, making sure their slides are organised. Some who arrive quite early may strike up a chat with a nearby student, or perhaps one of their TAs. I observed and then interviewed the following people directly to find out what they generally do, and some things they might feel would broaden their experience in these few minutes.

She has one class before which she has a 10 minute break. They are both in McCosh, so she isn’t running frantically. She usually chats with some people if she sees anybody she knows. She’ll walk over slowly, get a good spot and then sit around. It is a music class, so the professor has music playing before class. She may talk to the person next to her if she knows them. Or, she may grab a snack. If she has a little more time, she will go to late meal. Alternatively, she will call her parents or a friend she hasn’t talked to in a while. If there are comfy chairs, she’ll take a nap, but at least 20 minutes are needed.

Dan usually checks his email, because he is perpetually forgetting about things, events, etc. Kaleb calls relatives, friends to chat. He also checks facebook, emails. He may go over material for class that he is about to go to, but generally only if there is a quiz. Both also wanted to take naps. Dan likes music, so he would go for something in entertainment, music related, maybe play some game. Kaleb and Dan are sports fans, so they would check sports news, team scores. Kaleb would prefer to be able to follow specific teams. Dan feels he would want to check news, current events, etc, because he thinks Princeton students seem isolated from the daily goings on. They would prefer not to work during that small break, because they already spend most of their time outside class working, and then of course the time for the class lectures, precepts, labs. They don’t want to do more work during those 10 minutes. They need a break.

I chose free food because I had been wanting to do something like this for a while. Also, it may be a stereotype, but I hear Princeton students love free anything, especially food. This is what I got user feedback on. I also chose the CallMe app, because it seems like a lot of students like to call people they have not spoken to in a while during that break time. 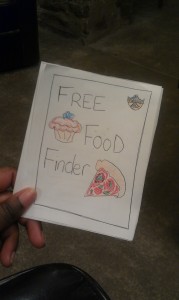 FreeFoodFinder – app that finds free food on campus for you, using the freefood listserv 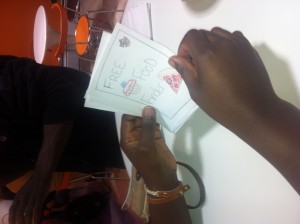 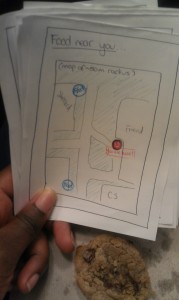 Nicole looking at the Food Neat You! screen. Screen showing your current location as a red dot and food locations as blue dots. Food near you shows food locations in a certain radius surrounding your location. 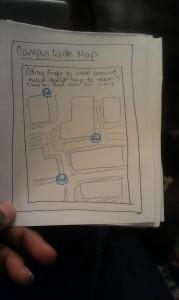 Screen which shows all food choices on campus, regardless of your location. 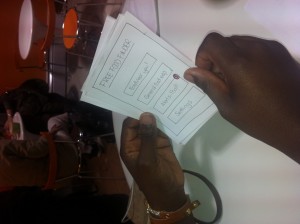 Screen showing menu options for users. The buttons lead to the following screens. 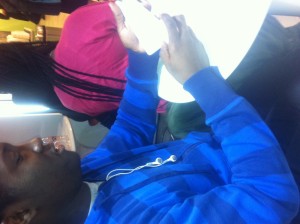 Kwaku, another user, deciding to look for free food 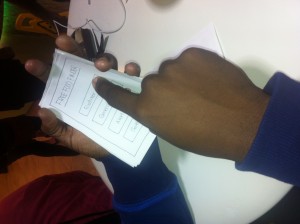 Kwaku selecting Food for You! This will bring him to the map page showing his current location and free food spots within a certain radius 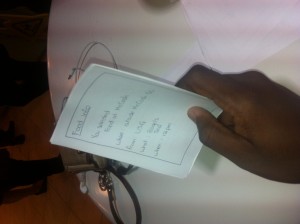 Screen giving specific details on food: where, when, what. One way to get here is to select one of the blue food dots on the map. 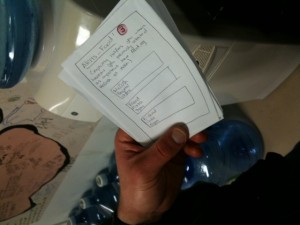 Greg looking at the AlertMe! screen. This alerts you when there is food in certain locations (locations that the user previously set as a Favourite). 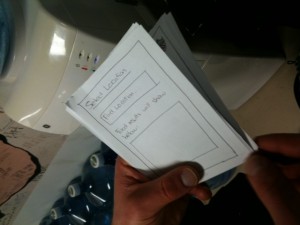 Greg selecting a location to find food in. 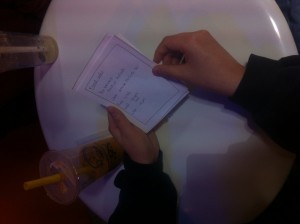 April checking out what her free food will be 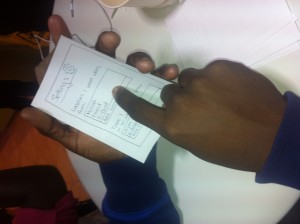 Settings page — where the user can set preferences, e.g. “Favourite” locations that the user wants alerts from