By Pooja Makhijani for the Office of Communications

Could the storms that once engulfed the Great Plains in clouds of black dust in the 1930’s once again wreak havoc in the U.S.? A new statistical model developed by researchers at Princeton University and the National Oceanic and Atmospheric Administration (NOAA)’s Geophysical Fluid Dynamics Laboratory (GFDL) predicts that climate change will amplify dust activity in parts of the U.S. in the latter half of the 21st century, which may lead to the increased frequency of spectacular dust storms that have far-reaching impacts on public health and infrastructure.

The model, detailed in a study published July 17 in the journal Scientific Reports, eliminates some of the uncertainty found in previous dust activity models by using present-day satellite data such as dust optical depth, which measures to what extent dust particles block sunlight, as well as leafy green coverage over land and other factors.

“Few existing climate models have captured the magnitude and variability of dust across North America,” said Bing Pu, the study’s lead author and an associate research scholar in the Program in Atmospheric and Oceanic Sciences (AOS), a collaboration between Princeton and GFDL.

Dust storms happen when wind blows soil particles into the atmosphere. Dust storms are most frequent and destructive in arid climates with loose soil — especially on lands affected by drought and deforestation. Certain regions of the U.S., such as the southwestern deserts and the central plains, are dust-prone. Most importantly, existing climate models predict “unprecedented” dry conditions in the late-21st century due to an increase in greenhouse gases in these very areas.

It is this “perfect storm” of geography and predicted drought and drought-like conditions that led Pu and her colleague Paul Ginoux, a physical scientist at GFDL, to examine the influence of climate change on dust. They analyzed satellite data about the frequency of dust events and the land’s leafy green coverage over the contiguous U.S., as well as precipitation and surface wind speed, and reported that climate change will increase dust activity in the southern Great Plains from spring to fall in the late half of the 21st century due to reduced rainfall, increased land surface bareness and increased surface wind speed. Conversely, they predicted reduced dust activity in the northern Great Plains in spring during the same time period due to increased precipitation and increased surface vegetation.

Although it is still unclear if rising temperatures themselves trigger the release of yet more dust into the atmosphere, this research offers a glimpse of what the future might hold. “This is an early attempt to project future changes in dust activity in parts of the United States caused by increasing greenhouse gases,” Pu said. Nonetheless, these findings are important given the huge economic and health consequences of severe dust storms, as they can disrupt public transportation systems and trigger respiratory disease epidemics. “Our specific projections may provide an early warning on erosion control, and help improve risk management and resource planning,” she said.

This research was supported by NOAA, Princeton University’s Cooperative Institute for Climate Science, and NASA grantNNH14ZDA001N-ACMAP.

Read more about the research in this GFDL Research Highlight. 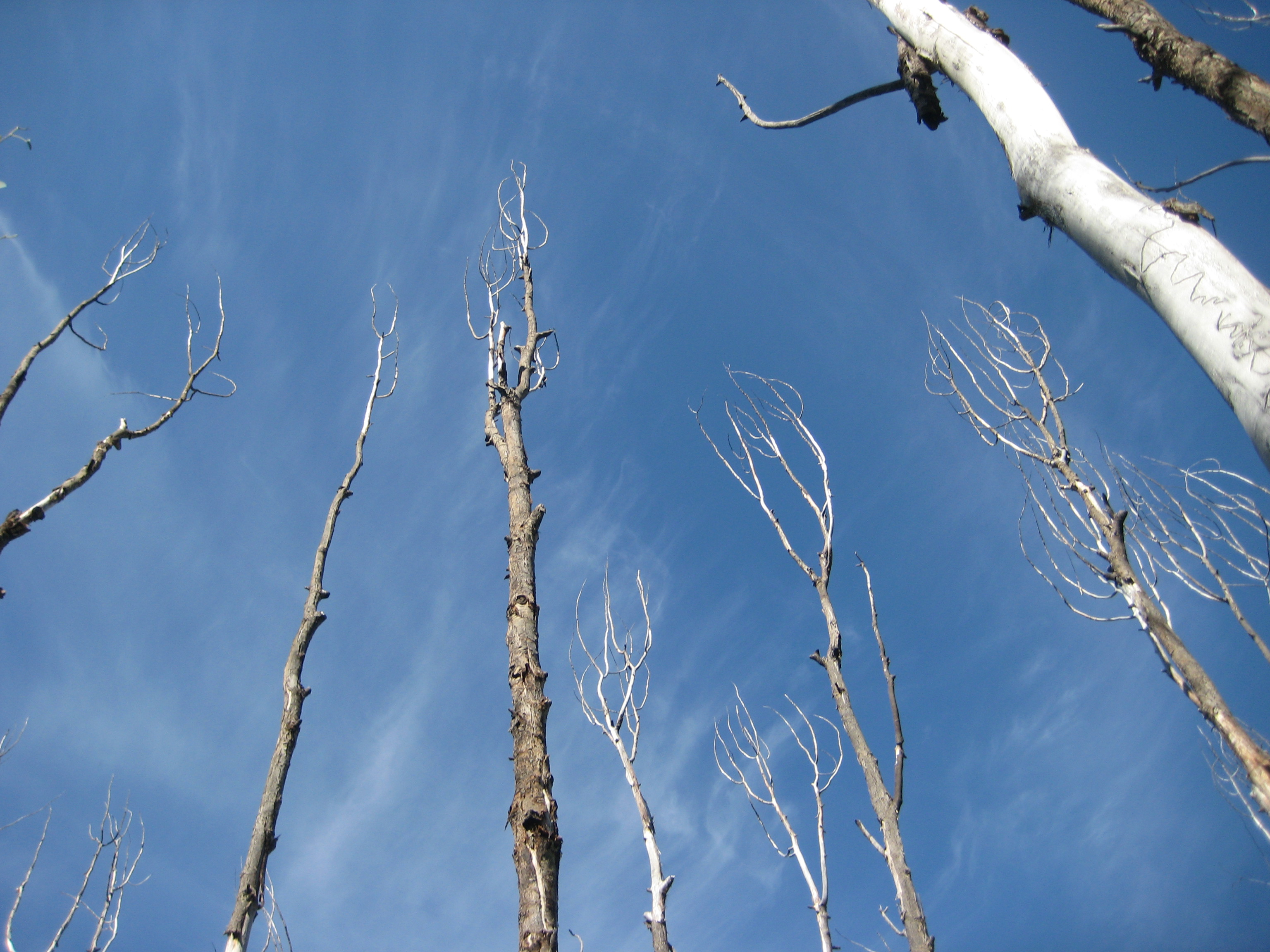 In the virtual world of climate modeling, forests and other vegetation are assumed to quickly bounce back from extreme drought and resume their integral role in removing carbon dioxide from Earth’s atmosphere. Unfortunately, that assumption may be far off the mark, according to a new Princeton University-based study published in the journal Science.

An analysis of drought impacts at forest sites worldwide found that living trees took an average of two to four years to recover and resume normal growth rates — and thus carbon-dioxide absorption — after a drought ended, the researchers report. Forests help mitigate human-induced climate change by removing massive amounts of carbon-dioxide emissions from the atmosphere and incorporating the carbon into woody tissues.

“This really matters because future droughts are expected to increase in frequency and severity due to climate change,” said Anderegg, who will start as an assistant professor of biology at the University of Utah in Aug. 2016. “Some forests could be in a race to recover before the next drought strikes. If forests are not as good at taking up carbon dioxide, this means climate change could speed up.”

Anderegg and colleagues measured the recovery of tree-stem growth after severe droughts at more than 1,300 forest sites around the world using records kept since 1948 by the International Tree Ring Data Bank. Tree rings provide a history of wood growth as well as carbon uptake from the surrounding ecosystem. They found that a few forests exhibited growth that was higher than predicted after drought, most prominently in parts of California and the Mediterranean.

In the majority of the world’s forests, however, trunk growth took two to four years on average to return to normal. Growth was about 9 percent slower than expected during the first year of recovery, and remained 5 percent slower in the second year. Long-lasting effects of drought were most prevalent in dry ecosystems, and among pines and tree species with low hydraulic safety margins, meaning these trees tend to keep using water at a high rate even as drought progresses, Anderegg said.

How drought causes such long-lasting harm remains unknown, but the researchers offered three possible answers: Loss of foliage and carbohydrate reserves during drought may impair growth in subsequent years; pests and diseases may accumulate in drought-stressed trees; or lasting damage to vascular tissues could impair water transport.

The researchers calculated that if a forest experiences a delayed recovery from drought, the carbon-storage capacity in semi-arid ecosystems alone would drop by about 1.6 metric gigatons over a century — an amount equal to about 25 percent of the total energy-related carbon emissions produced by the United States in a year. Yet, current climate models do not account for this massive carbon remnant of drought, Anderegg said.

“In most of our current models of ecosystems and climate, drought effects on forests switch on and off like a light,” Anderegg said. “When drought conditions go away, the models assume a forest’s recovery is complete and close to immediate. That’s not how the real world works.”

Droughts that include high temperatures—as opposed to only low precipitation—are a documented scourge to tree growth and health, Anderegg said. During the 2000-2003 drought in the American Southwest, for instance, the decrease in precipitation was comparable to earlier droughts, but the temperature was hotter than the long-term average by 3 to 6 degrees Fahrenheit.

“The higher temperatures really seemed to make the drought lethal to vegetation where previous droughts with the same rainfall deficit weren’t,” Anderegg said.

“Drought, especially the type that matters to forests, is about the balance between precipitation and evaporation, and evaporation is very strongly linked to temperature,” he said. “The fact that temperatures are going up suggests quite strongly that the western regions of the United States are going to have more frequent and more severe droughts, which would substantially reduce forests’ ability to pull carbon from the atmosphere.”

The research was funded by the National Science Foundation (grant number DEB EF-1340270) and the NOAA Climate and Global Change Postdoctoral Fellowship program.