The interface consists of a force sensitive resistor, which the user either taps or holds to send dots or dashes, respectively. A piezo sensor beeps to provide feedback; a short pulse tells the user they have hit the FSR with enough force to trigger it, and a long pulse tells them they have held it down long enough to enter a dash.

Morse code is tricky to interpret, because not all characters are the same length (i.e. one letter might be a single dot, while another is several dots). In order to get around this, we set up a time interval for which dots or dashes a user enters are considered a single character. This is denoted by four LEDs that “count down” to indicate how long the user has to enter the next dot or dash within the same character.

When deciding on what to build for this assignment, our team thought of many options involving interacting with sound through touch. We wanted to build something that was both simple and fun to play with. We went through many ideas involving sound synthesis (especially a drum simulator). Ultimately, we decided on a Morse code interpreter, because we felt it fit well with the supplies we had at hand.

All in all, we were very happy with the way our morse code converter turned out. Although the description sounds complicated, the device is intuitive once you sit down in front of it — and we had fun typing letters on a screen. Perhaps the thing that we are unhappiest with about our device is that it is not super relevant today (what a shame! it’s so fun to play with). It’s a device that might only be appreciated by specialists or true nerds. Whatever those are. 🙂 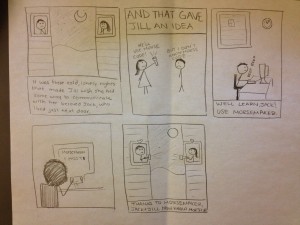 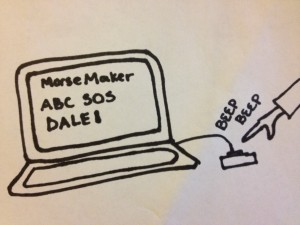 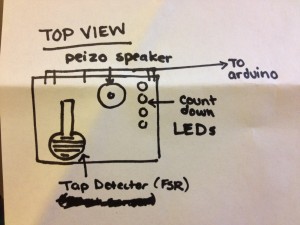 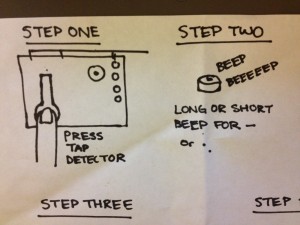 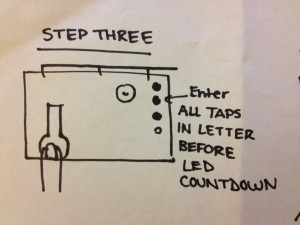 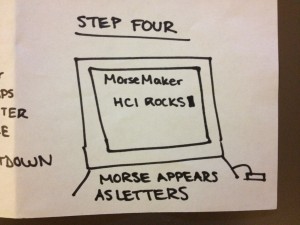 1. Obtain a force-sensing resistor, an Arduino microcontroller, an electronic breadboard, as well as several LEDs and appropriate resistors for each component.
2. Attach the force-sensing resistor to the center of the breadboard, in such a way that it can be taped onto the edge of the top of the breadboard.
3. Connect the FSR to the analog sensing port of the Arduino, using a pull-down resistor connected to ground. 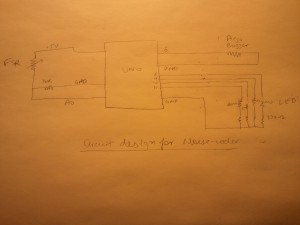 Congrats, you can now type in Morse code!