We all observed dance rehearsals together, and afterwards met and discussed what features we’d want our project to have. Alejandro did some more in depth interviews of dancers, Junjun and Osman took care of the storyboarding part, Igor sketched out a user interface.

We are addressing the problem of a dancer having to go back and forth to whatever device they are using to play music while practicing or choreographing, which results in inefficiency. Our system will recognized user-defined gestures to start or stop the music, to loop a section of the music, and to speed it up or down, so that they can control these parameters remotely, while retaining complete control over their movement.

Our target user group is dancers who practice or choreograph using previously recorded music. Obviously, if dancers do not use recorded music, then they do not need to control it. Furthermore, we did not feel the need to limit our system to specific styles of dance, because it can apply to all dance where recorded music is used. We conducted contextual inquiry on three different dancers. Dancers 1 and 2 are seniors in the Comparative Literature department and both are pursuing Certificates in Dance. They both do contemporary styles of dance and Dancer 2 also works as a choreographer. Dancer 1 is interested in the relationship between dance, theatre and music.  Dancer 3 is a graduate student in political economy who danced professionally for several years before going to college, primarily hip hop and some contemporary, and continues to dance for her own enjoyment. All three seem very interested in improvised dance and contemporary choreography, and as described they have different levels of commitment to dance.

We observed Dancer 2 in rehearsals in New South Dance Studios for a thesis production, Dancer 3 practicing and improvising to music by herself, and Dancer 1 practicing for a dance sequence in a play. We watched these rehearsals taking place, asked the dancers how they felt that their movements connected to the music that they were using, watched how often they felt the need to change how the music was playing, and watched how they undertook that task. We interviewed them about their general practice routine, with a variety of questions that aimed to have them propose ways in which they thought it could be improved. We then described our design idea to them and asked them more specifically what they thought of it and how they thought it might fit into their practice and choreographing routines.

A lot of what we observed and were told by the dancers was fairly unexpected. Although it was clear that starting/stopping music was necessary, overall it seemed that they used those moments to rest or think more carefully about their moves, or to discuss what they were doing with someone else if they were not dancing alone. Furthermore, when asking them they said they felt that this was only somewhat annoying, and that it was a natural and important part of their practice routine. It seemed obvious to us that, although the system might improve efficiency, this wasn’t something crucial for dancers and therefore would not necessarily interesting them enough in order to have them adopt a new system.

When we explicitly discussed the system with them, all three of the dancers agreed that it would be a useful and interesting system to use. However, they seemed to be interested in using it in different ways. Dancer 1 thought that it would be most interesting as an actual performance tool, something with which a dancer would interact with in a live setting, rather than a practice setting. Dancer 2 thought it would a good tool for practicing but did not think it would be interesting for choreographing, as she prefers to choreograph without music, and then see how the music will fit with the dance (this is the same that we observed when watching her rehearsal: it was clear that the music was added afterward, and it didn’t seem like our system would be particularly applicable in that case). Like Dancer 1, she thought it would be most interesting when applied to a live setting, which would allow for dancers to interact with a computer playing recorded sound in a similar way that they could interact with live musicians. Dancer 3 suggested that it would be good both as a both a practice and choreographing tool, and thought that it could even be extended to be used to edit music on the fly when trying to develop both the dance and musical aspects of a performance.

In conclusion, these observations led us to see our project’s development in the following way: we will start from a practical perspective, where a dancer can use the system to practice, and the system will accomplish the very specific tasks that we will describe later. However, we hope that this will be the basis of what can then become an interactive system which can be introduced into improvised dance performances, allowing dancers to interact with the music on the fly, something that they seemed to think would be even more valuable than the improvement of the practice routine that we have in mind as a starting point.

Our system would provide a way for dancers to interact with music without having to think about it. The system would provide defined gesture and voice commands for the user to use to stop, start, and repeat a section of music, but additionally, system would also try to automatically follow the dancer’s intentions without additional gestures (the music will stop when the dancer stops moving, etc). The system would also allow the user to set the pace of the music, by following the dancer’s steps. All the user would have to do is tell the system to enter this “follow” mode, and the rest would be automatic. This allows the user to basically focus on their practice without having to think about the technology. There are existing systems for interacting with music, including keys on a computer, remotes, and even voice commands, but what makes our idea different it would be more “intelligent” and responsive, making the routine more fluid and efficent. Some others systems similar to ours are those which use the connect to interact with music. One example is a system that translates a user’s moves into music (http://www.mendeley.com/catalog/creating-musical-expression-using-kinect/). Our system would be different in that it focuses on practicing: the user group and aim is different. 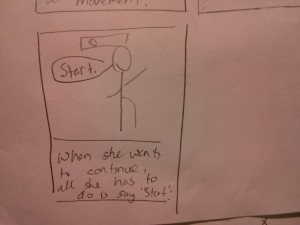 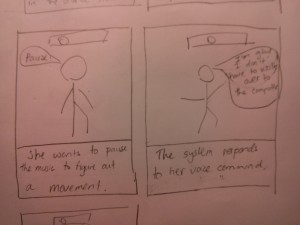 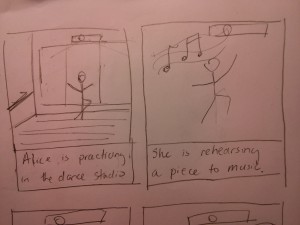 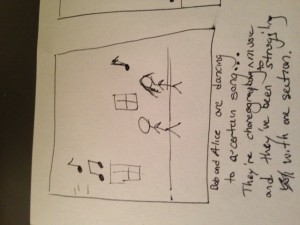 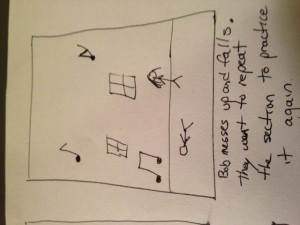 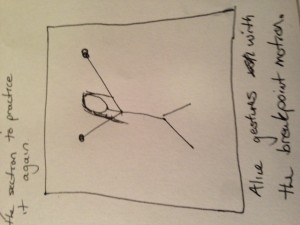 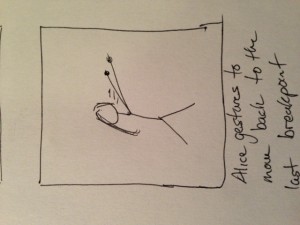 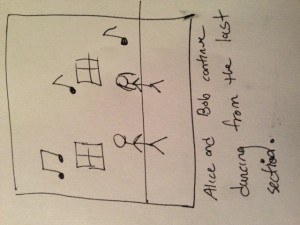 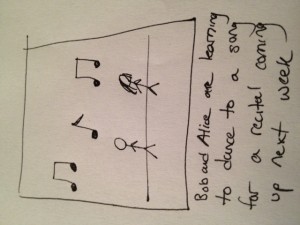 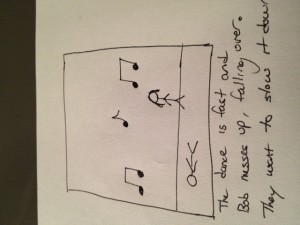 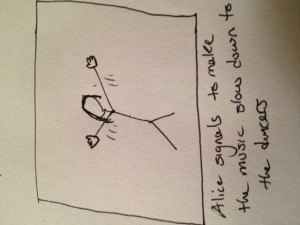 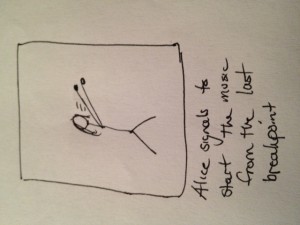 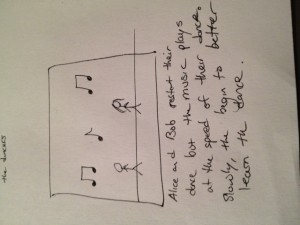 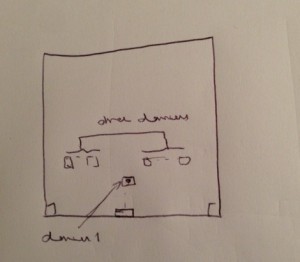 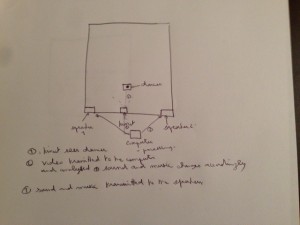 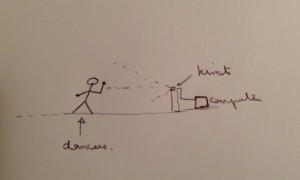