Our Purpose and Goals

Our project intends to simplify everyday computer tasks, and help make computer users of all levels more connected to their laptops. We want to give people the opportunity to add gestures to applications at their leisure, in a way that’s simple enough for anyone to do. We think there are many applications that could benefit from the addition of gestures, such as pausing videos from a distance, scrolling through online cookbooks when the chef’s hands are dirty, and helping amputees use computers more effectively. In our demos, we hope to get a clearer picture of people interacting with their computers using the bracelet. Brisq is meant to make tasks simpler, more intuitive, and most of all, more convenient; our demos will be aimed at learning how to engineer brisq to accomplish these goals.

Brisq aims to make common computer tasks simple and streamlined. Our users will be anyone and everyone who regularly uses their computers to complement their day to day lives. We hope to make brisq as simple and intuitive as possible. Enable Bluetooth on your computer and use our program to easily map a gesture to some computer function. Then put the brisq bracelet on and you’re ready to go! Shake brisq to turn it on whenever you’re in Bluetooth range of your computer, then perform any of your programmed gestures to control your laptop. We think life should be simple. So simplify your life. Be brisq.

These pictures show our lo-fi prototype of the bracelet itself. Made from some electrical wire twisted together and bound with electrical tape, this allows testers the physical experience of having a bracelet on their wrist while going about the testing procedures. 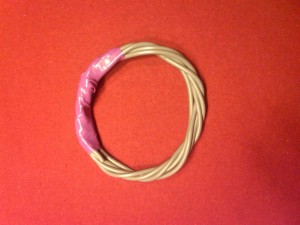 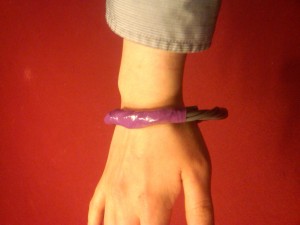 These pictures shows our paper prototypes of the GUI for the brisq software. This software is used as the central program which maps gestures to commands, and remains running as a background process to process the signals sent from the brisq bracelet. 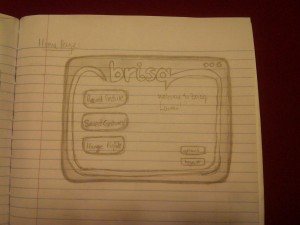 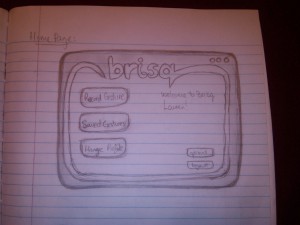 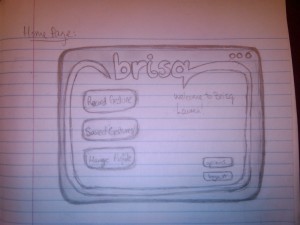 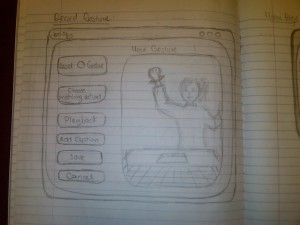 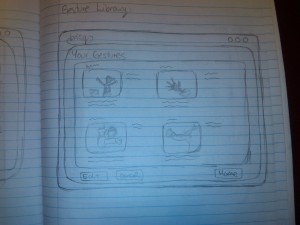 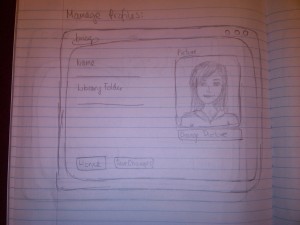 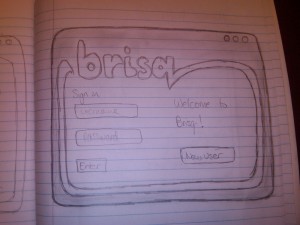 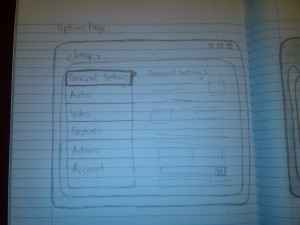 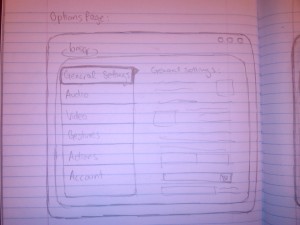 This first video depicts an anonymous user in the kitchen. He is attempting to cook food from an online recipe. Brisq helps to simplify this task by letting him keep one of his hands free, and keeping his distance from his computer, lest disaster strike!

This second video depicts another anonymous user lounging on his couch at home. He is enjoying a movie, but wants to turn up the volume on his computer and is too comfortable to get up. Brisq allows him to stay in his seat and change the volume on his laptop safely, without taking any huge risks.

The last video shows a third anonymous user who has broken her hand in a tragic pool accident. These types of incidents are common, and brisq makes it simple and easy for her to still use her computer, and access her favorite websites, even with such a crippling injury.

For the project, we have split the work into 2 main groups: the part concerning the hardware construction and gesture recognition, and the part concerning the creation of the brisq software for key-logging, mouse control, and gesture programming. Bereket and Ryan are going to take charge of the first group of tasks, and Ferg and Lauren will be taking charge of the second. Our goals for the final prototype are as follows: we hope to have a functioning, Bluetooth-enabled bracelet with which we can recognize 4 different gestures, and an accompanying GUI that is capable of mapping these 4 gestures to a recorded series of key-presses or mouse clicks. We think that, with some considerable effort, these are realistic goals for the end of the semester.