Posted on November 10, 2016 by Rare Books and Special Collections 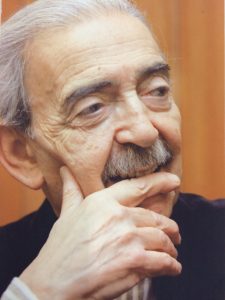 Consists of forty-three payroll sheets and fifteen muster rolls, dating from 1776 to 1780, of the 1st Canadian Regiment, which supported colonial efforts during the American Revolution. Also included is a copy of Senate Bill S. 186 submitted to the 33rd Congress by the Committee on Revolutionary Claims in 1854.

Consists of thirteen letters from Charles Gillispie (1918-2015) home to his parents, Raymond Livingston Gillispie and Virginia Coulston, while he was stationed with the United States Army in France, Germany, and Austria during the final months of World War II in Europe. His letters, which span from March 9th to August 25th, 1945, are addressed from France, Germany, Austria, Bavaria, and Camp Shelby in Mississippi, and describe the conditions for American soldiers and prisoners of war in Europe, the state of the people and infrastructure in the German and French countryside, and other topics.

A 1535 handwritten news sheet with the heading “Copie de litere di Genoa de 22 Iulii” that includes twenty-one lines of text written in Italian on the recto regarding the imminent defeat of the Ottoman Turkish Admiral Hayreddin Barbarossa (d. 1546) and death of the pirate Aydin Reis “Cacciadiavolo” (d. 1535).

Juan Gelman (1930-2014) was an Argentine poet, translator, journalist, and human rights activist. His papers contain handwritten, typewritten, and printouts of his writings, correspondence, notes, research files, awards and certificates, and personal photographs. A significant portion of the papers feature analog and born-digital investigative files relating to human rights investigations and campaigns Gelman conducted with his spouse, Mara La Madrid, on the forced kidnapping and death of his son and pregnant daughter-in-law, Marcelo Gelman and María Claudia García Irureta Goyena. Also included are files on his search to find his missing granddaughter, Macarena Gelman.

Dating from circa 1440 to 1525, this prayer book in Latin and Netherlandic (Dutch/Flemish), written by at least nine scribes, was intended for the use of nuns, perhaps Augustinian Regular Canonesses, at an unknown religious house in West Flanders, southern Netherlands (now Belgium).

Recent additions include working files, press clippings, printed material, and floppy disks. The working files document specific book and writing projects, as well as a variety of Morrison’s professional activities, such as awards, conferences, interviews, and lectures. Contents from the floppy disks include draft material from Beloved, Jazz, Paradise, Playing in the Dark, Race-ing Justice, Engendering Power, Birth of a Nation’Hood, and various academic lectures; as well as administrative databases and correspondence.

A recent addition consists of a detailed letter (March 29, 1935) and Christmas card from author Thomas Wolfe (1900-1938) to Scribner’s editor Katherine (Gauss) Jackson, and a related letter from Jackson to her family (January 3, 1936) detailing the relationship between Wolfe and his editors at Scribner’s, including Maxwell Perkins.

Recent additions include two letters (1859 May-1860 March 23) from fruit farmers Nathaniel and Mary Coe, written from their farm in Hood River, Wasco County, Oregon Territory, to Nathaniel’s sister, Sophia H. Coe in Ohio, describing pioneer life in Oregon; and an eight-page letter from Sylvester Mowry (1830-1871) to his father detailing the survey expedition for the Northern route of the Pacific Railroad across the Cascade Range in July-November 1853.

A recent addition to this collection of author files of the American antiquarian book dealer J. Howard Woolmer consists of a group of author photographs, including portraits of Edward Albee, Robert Frost, Seamus Heaney, David Mamet, James Merrill, Muriel Spark, Allen Tate, Dylan Thomas, and others. Many photographs are inscribed to Woolmer.