Posted on May 8, 2018 by Rare Books and Special Collections 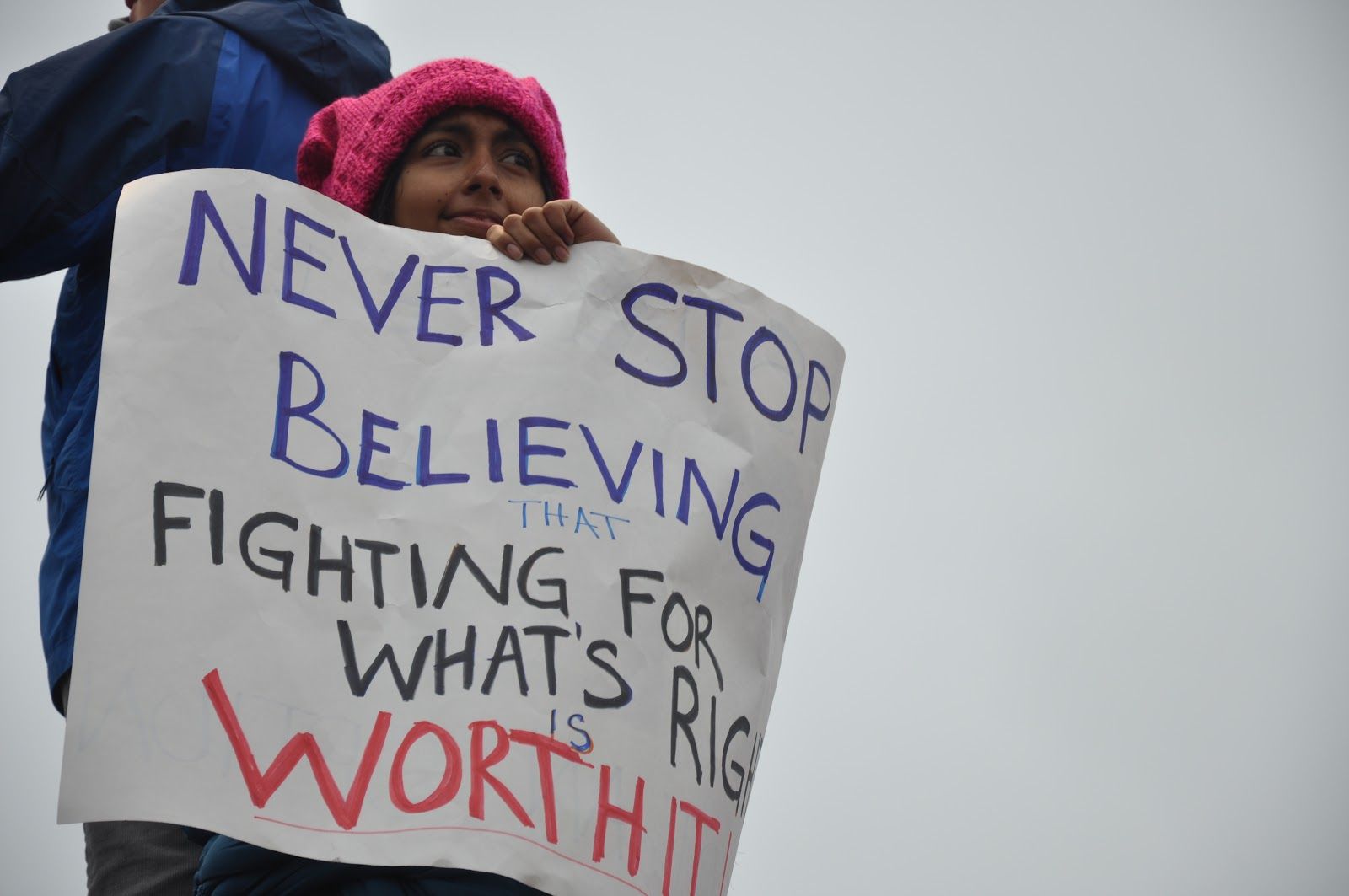 Photograph from the First One Hundred Days Collection (AC456).

This collection consists of printed material from the estate of Eva Maria Garrick, as well as correspondence, legal and financial documents, notes, manuscript transcriptions of poems, objects, and ephemera concerning her husband David Garrick. A large portion of the material relates to the Garrick’s involvement in theater; Eva Maria Garrick was a popular dancer during the 18th century and David Garrick was an actor, playwright, and theater manager who pioneered a more realistic acting style that deviated from the more ostentatious methods of the time.

The First One Hundred Days Collection is a collation of protest material created by members of the Princeton University community in response to the administration of Donald J. Trump, the 45th President of the United States. This collection contains various posters, flyers, photographs, and digital files from the Princeton University community’s participation in campus and national activism efforts.

Consists primarily of Françoise Kestsman Durrell’s collection of manuscripts, many of which are unpublished, by British author Lawrence Durrell (1912-1990).

Consists of a manuscript political journal of John C. McGowan (1833-1916), a citizen of Baltimore, Maryland, who was a Know Nothing turned Constitutional Union Party sympathizer just before the American Civil War. The journal contains the text of 32 retained letters and roughly 29 distinct journal entries reflecting one perspective on the tumultuous period in Baltimore’s municipal politics and their relation to broader national politics leading up to the election of President Abraham Lincoln in 1860 and the Civil War.

Photograph album of the Magin Cigar Company Tobacco Plantation in Cuba, circa 1900 (P-000102)

Consists of a photograph album depicting everyday life at a tobacco plantation in the Caribbean in the early 1900s, most likely the Magin Cigar Company’s plantation in Cuba. The album contains ninety-two original photographs depicting tobacco fields, a drying barn, processing of tobacco leaves, related machinery and equipment, as well as field laborers and plantation managers.

Paul D. Taylor (1939-) is a career Foreign Service official who served as the U.S. ambassador to the Dominican Republic from 1988-1992. The collection documents Taylor’s ambassadorship, his prior role as Deputy Assistant Secretary of State for Inter-American Affairs, and his other State Department positions in the form of correspondence, memoranda, and speeches.

A recent addition to this open collection of miscellaneous manuscript material related to predominantly American literary, historical, and political figures consists of a working translation of Moby Dick corrected and marked up by French author and translator Jean Giono (1895-1970). This version is a disbound copy of his 1939 French translation, with Lucien Jacques and Joan Smith, used as a corrected, revised proof in preparation for a reprint that was published by Gallimard in 1941.

This collection documents the naval career of George Washington Storer (1789-1864). Storer served in the United States Navy as captain, lieutenant, and commander-in-chief of the Brazil Squadron in South America in the mid-19th century. A recent purchase consists of a letter book, which had been separated from the rest of the papers, containing copies of Storer’s outgoing correspondence between July, 13, 1847, and July 9, 1849, regarding naval operations and the activities of the U.S.S. Brandywine.

A recent addition to this open collection of manuscript material related to English literature from the fourteenth century to the 1940s consists of a bound early manuscript copy of Richard Brinsley Sheridan’s play “The School for Scandal,” circa the early 1780s.

Revisions to existing finding aids include the following:

This collection consists of correspondence, deeds, indentures, wills, maps, printed materials, and other assorted family papers related to estates and land owned by American physician, botanist, and educator David Hosack (Princeton Class of 1789) and his family. Many of the papers concern land in the Lackawanna River valley of Luzerne County, Pennsylvania. Description was enhanced to include additional names of correspondents and other information at the file-level.