New Finding Aids for May and June 2016

Posted on July 7, 2016 by Rare Books and Special Collections 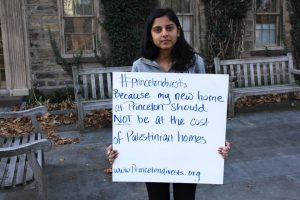 A. Frederick Gerstell is a member of the Princeton University Class of 1960. The collection is composed of mostly World War II-era correspondence, photographs, and ephemera collected by Gerstell. Much of the collection includes materials created by well-known U.S. military officials such as Mark W. Clark, Dwight D. Eisenhower, Douglas MacArthur, George Marshall, Chester W. Nimitz, George S. Patton, and others. There are also materials created by British officers and by Nazi Party leader Heinrich Himmler.

Collection of alchemical texts or extracts in French, with additional texts or extracts on astronomy, astrology, Cabala, and Rosacrucianism that was collected by an anonymous French compiler for personal use, chiefly from printed works dating from circa 1600-1751, such as the Museum Hermeticum (1678), Abraham Lambspring, De lapide philosophico; Mathurin Eyquem, seigneur du Martineau, Le tombeau de Sémiramis; and Béroalde de Verville, Recueil stéganographique.

The Princeton University Archives launched the Archiving Student Activism at Princeton (ASAP) initiative in December of 2015 to collect and preserve individual and organizational records created by Princeton students who engage in activism on a broad range of issues and perspectives, both on campus and off. The records in this collection document a range of political and social issues, including sexual assault, gender equality, immigration, refugee crises (Syria), racism and anti-racism.

The Princeton Clay Project is an initiative launched in January of 2016 by two first-year undergraduate students, Avigail Gilad and Chiara Ficarelli, to raise funds and awareness for the Amal Scholarship Fund, which awards scholarships for Syrian refugees at the Za’atari Refugee Camp in Jordan to attend college. The Clay Project Records document the initiative’s first semester of fundraising activities for the Amal Scholarship Fund.

David Kellogg Lewis (1941-2001) was an American philosopher who taught at Princeton University and the University of California, Los Angeles and contributed to metaphysics, philosophy of mind, philosophy of language, philosophy of mathematics, philosophy of science, decision theory, epistemology, meta-ethics, and aesthetics. Lewis’s papers include over four decades of his correspondence with other philosophers and scholars, including David M. Armstrong, J. J. C. Smart, Frank Jackson, D. H. Mellor, M. J. Cresswell, Allen Hazen, John Bigelow, and others, as well as drafts of his articles, books, reviews, and unpublished writings with related correspondence, his undergraduate and graduate student papers and class notes, research materials from his time at the Hudson Institute, photographs of Lewis with friends and fellow philosophers, and a group of files kept by the Australian philosopher David M. Armstrong regarding Lewis.

Colonna’s manuscript treatise on “judicial astrology,” or the use of astrology to determine future events.

Anonymous, unpublished Latin text manuscript from France concerning cosmography written in a single cursive hand with topical headings and changes or additions written in one or more contemporary hands in the outer margins.

The Ivy Council, founded in 1993, is a non-profit organization comprised of student leaders from all eight Ivy League universities. Its mission is to promote inter-campus communication and collaboration between the student governments of its member schools. The Ivy Council records document the group’s activities from 2013 to 2016.

Contains correspondence with Octavio Paz and French translator and friend Monique Fong Wust, 1961-1977. Includes 28 letters signed “Octavio Paz”; then signed “Octavio” including 11 autograph letters, 16 typescript letters with autograph notes and 1 telegram, 43 pages (size varies), in Spanish (one letter in French, one in English). There is one carbon copy of a letter of Octavio Paz to the Cultural Program of the XIX Olympics held in Mexico, carbon of the poem “México: Olimpíada de 1968.” Other correspondence to Fong Wust includes Robert Lebel, Marie-Jo Paz, and Juan García de Oteyza. Also included are original English typescripts of “The Centurions of Santiago” with corrections and additions from Paz and Fong Wust, an annotated and corrected printed copy of Paz’s Apariencia desnuda. La obra de Marcel Duchamp for French translation, and various printed ephemera about related Paz events.

The Muslim Students Association is a student organization at Princeton University dedicated to uniting the Muslim community at Princeton through a variety of year-round religious and social events. The association, which consists of both undergraduate and graduate students, was established in 1995 but has origins on campus as far back as the 1970s, at least. The Muslim Students Association records document the group’s activities during the spring of 2016.

The Princeton Hidden Minority Council (PHMC) is a student organization at Princeton University dedicated to supporting and advocating for students who are the first in their families to attend college or are from low income circumstances (FLI). The Princeton Hidden Minority Council Records document the development of the organization as well as its programs and campaigns.The records include files related to governance such as executive board position descriptions, the organization’s constitution, and email communications between board members; files related to events, programs and outreach including flyers presentations and planning documents; and email communications including messages addressed to the group’s email address and messages sent to its listserv.

Consists of professional and personal correspondence of an aristocratic family from Provence. Most of the letters date from 1756 to 1848 and illustrate how the family negotiated its place during France’s Revolutionary era.

William M. Leary (1934-2006) was an aviation historian who wrote his doctoral thesis on the politician H. Alexander Smith. The collection is composed of materials that Leary consulted in the process of writing his doctoral thesis on Smith, along with a manuscript of his thesis and materials related to Leary himself. The consulted materials include a small amount of Smith’s correspondence and writings and a syllabus from a politics class he taught at Princeton University in 1929. Other materials pertaining to Smith include recollections of Smith written by his family members and his executive assistant; date books from the years 1918 and 1919, kept by an unidentified associate of Smith’s in the Commission for Relief in Belgium and the Food Administration; printed materials from some of the World War I-era relief organizations Smith was involved with; and four photographs of Smith, including one inscribed to Leary.

Alicia Ostriker (1937- ) is a Jewish-American feminist literary critic and poet whose work explores themes of family, social justice, Jewish identity, Biblical stories and characters, and the relationship between gender and literature. The collection consists of drafts of her poems, articles, nonfiction books, essays, reviews, and student writings, personal and professional correspondence with fellow poets, family, and friends, teaching and research files, drafts and recordings of lectures and readings, and subject files. Accessions received from Ostriker since 2010 were integrated into the existing finding aid and comprise additional personal correspondence; draft materials, including for her more recent books, The Book of Seventy (2009), At the Revelation Restaurant and Other Poems (2010), and The Old Woman, the Tulip, and the Dog (2014); teaching and research materials pertaining to courses she taught as a professor in the Department of English at Rutgers University from 1965 to 2004 and poetry and midrash writing workshops she led at various institutions; and recordings of some of her readings.

The Robert G. Jahn subseries consists primarily of correspondence and subject files documenting Dean Jahn’s administration of the School of Engineering and Applied Science from 1971 to 1986. The records include Jahn’s handwritten notes, memoranda, printed reports and internal reviews, meeting agendas and minutes, talks, papers and publications by Jahn and others. The files contain Jahn’s correspondence with individuals inside and outside the university, as well as with businesses and foundations regarding sponsorships, grants, and development.

Recent additions to this open collection of manuscript material related to the print collections of Leonard L. Milberg (Princeton Class of 1953) include an autograph letter, dated 1853 July 5 [sic], from Mordecai Manuel Noah (1785-1851) to Jacques Judah Lyons (1813-1877), minister of Congregation Shearith Israel, concerning the Jewish community in Buffalo, New York, with a typed transcription of the letter; and a manuscript of Peri Alonim, a compendium of Hebrew abbreviations “to ease a student’s education” by Samuel Robles de Medina, written in Hebrew by the author’s son, David ben Samuel Robles de Medina.

Some recent additions to this collection, consisting of the library of books, manuscripts, photographs, artwork, and ephemera as originally collected by Morris Longstreth Parrish and subsequently added to by Princeton University Library, include: William Harrison Ainsworth’s 2-volume manuscript, “True Account of Jack Sheppard the Housebreaker…” (1837-1838) which comprises a collection of autograph manuscripts, drafts, and notes of the historical novel Jack Sheppard, including the greater part of “Epoch the First,” “Epoch the Second” and “Epoch the Third” together with a synopsis of the novel under the earlier title “Scroope Darrell,” and historical notes and extracts on the history of Jack Sheppard; Wilkie Collins’ manuscript, “Fie! Fie! or, The Fair Physician” (circa 1882) with extensive revisions by the author throughout; and an album of proof engravings and other illustrations and manuscript materials by Frederick Walker and William Makepeace Thackeray collected by J. G. Marks (circa 1861-1871).