Flora Thomson-DeVeaux ’13, a major in Spanish and Portuguese Languages and Cultures with a certificate in Latin American Studies, for her thesis Sex, Death, and the Aristocracy:* The Universal History of Santiago Badariotti Merlo (*Although Not Necessarily in That Order)

Winner:
Carly Therese De La Hoz ’13, a major in the School of Architecture, for her thesis The Favela Typology: Architecture in the Self-Built City

Thomas Irby ’13, a major in History, for his thesis Military Rule in Brazil:  Narratives Concerning Human Rights and Development (1961-1978)

Congratulations to the prize winners and the entire graduating Class of 2013! 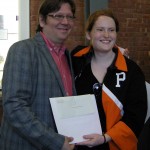 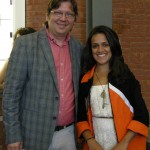