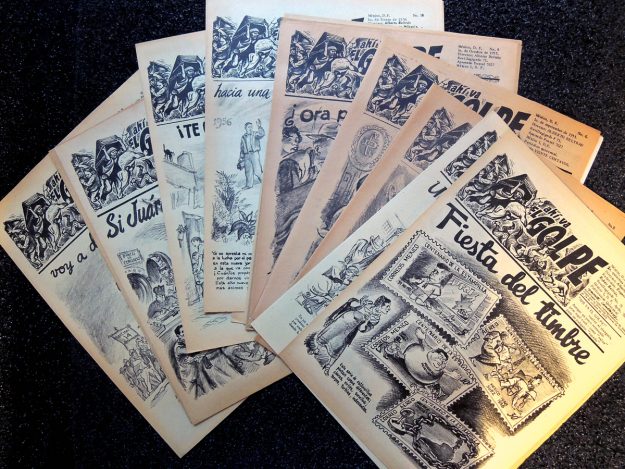 Under the direction of Alberto Beltrán Garcia (1923-2002), this Mexican satirical magazine flourished for only two years. Beltrán was an active member of the Taller de Gráfica Popular (The People’s Print Workshop or TGP, see: http://pudl.princeton.edu/collections/pudl0012) then later, worked as deputy director for graphics for the newspaper El Día. On his own time, he drew, printed, and self-published several journals including Ahí Va El Golpe (There Goes the Punch) and El Coyote Emplumado (The Feathered Coyote). Read More